I have a soft spot for Ardbeg Whisky, it is my favourite “go to” Islay Single Malt and I always have a bottle of the Ten Year Old open at home. Over the years I have also tried (and sold) many of the Ardbeg Limited Releases and I recall the Lord of the Isles and the Supernova as being two of my favourites. 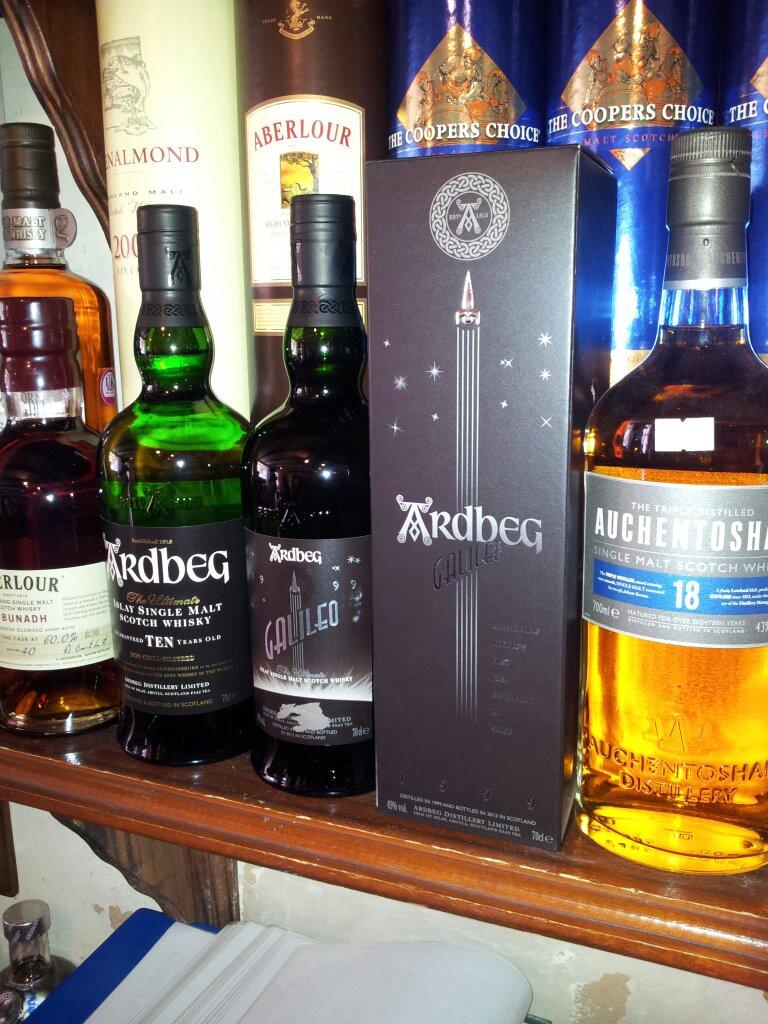 In late 2011 Texas-based space research company NanoRacks asked Ardbeg to take part in a two-year space experiment. Together they sent vials of chemical compounds (terpenes) into space via the Soyuz rocket lauched from Baikanur in Kazakhstan. The vials were sent to space to test the effects of near zero gravity on the maturation process of Whisky. The micro-organic compounds sent into space by Ardbeg will spend 2 years at the International Space Station interacting with charred oak in near zero gravity conditions and the space sample will be compared with a control maturing at Ardbeg’s Islay distillery, and another at NanoRacks facility in Houston, Texas. Ardbeg Galileo has been released to celebrate this collaboration.

Dr Bill Lumsden, director of distilling and whisky creation at Ardbeg, said, “So far so good. The experiment went live in January when the scientists broke the separating wall between the two components.” He continues, “We will not know the results for another year or so but in the meantime we thought we would celebrate the experiment by the introduction of Ardbeg Galileo – our own earthly tribute to the scientific experiment taking place far up in space.”

Unfortunately, Ardbeg Galileo is only affiliated with the space whisky in name. A spokesman for the company conceded that the spirit “in no way resembles the actual experiment going on in space.”

What is Ardbeg Galileo?

Ardbeg Galileo is a limited edition 12 year old single malt whisky and is a vatting of different styles of Ardbeg that were laid down in 1999. These include first and second fill Bourbon casks and ex-Marsala wine casks from Sicily, which all impart their own characteristics to the blend.

Aroma: A burst of intense smoky fruit escapes into the atmosphere. Add water and breathe in toasted vanilla, sizzling cinnamon and warm hazelnut.

Non chill-filtered and bottles at 49% abv.