EVENT SOLD OUT with Matthew Nutt of John E Fells @ Lysses House Hotel, High Street, Fareham [Maplink] Wednesday 11th October 2017 7.30pm Prompt Start Tickets £10.00 per person in advance only. (£5 back off any orders placed on the evening). The Symington Family are one of the largest and most important producers of Port wines. […]

We are very lucky to have a visit from Leah Seresin, the daughter of the founder Michael Seresin, and Brand Ambassador for, Seresin Estate. The estate was founded 1992 with their first vintage in 1996. They are now one of the leading wineries in the Marlborough wine-growing region of New Zealand and their wines are […] 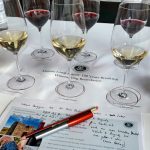 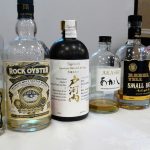 World Whisky Tasting With Ian Robinson of Cellar Trends Ltd. Wednesday 22nd March 2017 @ 7.30pm The Hampshire Room @ Lysses House Hotel   Tickets £10 per person in advance only – available from Fareham Wine Cellar. There will be a refund of £5 per ticket for any order placed on the evening We will […] 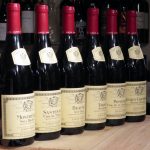 Louis Jadot 2015 En Primeur Wine Tasting Saturday 14th January 2017 11am until 1pm & 3pm until 5pm Fareham Wine Cellar 55 High Street Fareham PO16 7BG I know it is short notice but, once again, we have managed to wrangle some samples of Louis Jadot’s fantastic 2015 Burgundies for an En Primeur wine tasting. […] 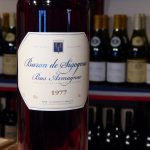 1977 Vintage Armagnac will make a fantastic 40th birthday present for anyone turning 40 years old in 2017. Armagnac is a French brandy and it is the slightly less well known sibling of Cognac. Armagnac comes from Gascony in South West France (Cognac come from the Charentais) and the brandy produced here tends to be […] 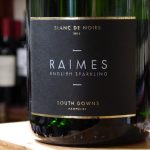 Raimes Sparkling Wine is another new addition to the fantastic range of Hampshire sparkling wines which already includes the fantastic Hambledon Vineyard and Cottonworth Wines. Raimes Sparkling Blanc de Noirs 2013 We were very kindly invited to the Winchester Wine Festival in November 2016 by Berkmann Wine Cellars to assist them them in promoting the […] 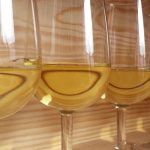 Wine Tasting with James Wilson of Hatch Mansfield Saturday 12th November 2016 1pm until 5pm @ Fareham Wine Cellar Free of Charge Please book into one of the half an hour times slots below to avoid overcrowding! Drop me an email or telephone 01329 822733 to book a place. Times available 1.00pm – 1.30pm 1.30pm […] 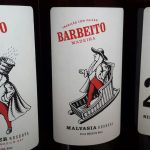 Madeira Day 2016 Wine Tasting We are stretching this over 2 days this year! Friday 18th November 4.30pm until 6.30pm and Saturday 19th November 10am until 6pm Free of charge @ Fareham Wine Cellar Pop into the shop between either of the times above to try a couple of fantastic Madeiras from Barbeito and some […] 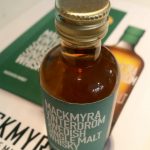 Mackmyra Vinterdrom is the latest winter edition Swedish Single Malt Whisky release for 2016. Available to buy here. Although Swedish Whisky is a relative newcomer to the World of Whisky, Sweden actually has a history of distilling stretching back to the 15th century. Mackmyra Distillery, founded in 1999 by eight classmates from the Royal Institute […]

Although Swedish Whisky is a relative newcomer to the world of Whisky, Sweden has a history of distilling stretching back as far as the 15th century. Sweden has a long history of moonshine production and it is considered to be part of the “vodka belt” of Europe where spirits are more popular than wine or […]

Celler Cal Pla is based in the village of Porrera in the heart of the Priorat wine-growing region which itself is located in the south-west of Catalonia. Priorat is a designated as a Denomenacion de Origen Calificada (DOC), the highest category in Spanish wine law, and is one of only two regions granted this status, […]

Wine and Chocolate – a match made in heaven? Matching wine and chocolate is a tricky thing to get right and it is not something that I have had a lot of experience with. However a new, local chocolatier was recently kind enough to give us some samples of his chocolates which got me thinking […]

Edit 05/03/21 – Please note the new name for Williams Chase Rose is Selladore en Provence. When available, it can be purchased in 75cl bottles of 1.5 Litre magnum bottles. Williams Chase Rose Most of you will be familiar with the name Williams Chase from their fantastic Gins and Vodkas made in Herefordshire (the Chase […]

Straight Vodka is a pure spirit, distilled from anything containing starch or sugars to produce ethyl alcohol. With few exceptions it will be reduced, filtered and sometimes flavoured. What is Vodka Made From? Vodka can be produced from the distillation of grains, potatoes and sometimes fruits or sugar. This was initially determined by what crops […]

Become a Winemaker for the day at Hambledon Vineyard! A great opportunity to attend an English sparkling wine workshop at one of the best local, and the UK’s most exciting and hi-tech, wineries, Hambledon Vineyard. [metaslider id=6494] Communication from Hambledon Vineyard reads, Join us for an informative and fun evening. We’re delighted to announce that […]

What is Rum? Rum (also known as Rhum in French and Ron in Spanish) is a distilled alcoholic spirit made from the by-products of sugar production, i.e. molasses, or from sugar cane juice and is made by fermentation followed by distillation. Rum can be distilled in continuous or pot stills and is usually aged in […]

Taylors 1964 Very Old Single Harvest Port – Limited Edition Taylors Port have one of the largest holdings of very old cask aged Ports in the Douro, a supply that was no doubt increased substantially when their parent company, the Fladgate Partnership, acquired Wiese and Krohn Port in 2013. These old Ports are single vintage Ports […]

Gin Mare is a made in a 19th century chapel in the small Spanish fishing town of Vilanova i la Geltrú on the Costa Dorada (“the gold coast” in English) which is an area located on the coast of Catalonia next to the Mediterranean Sea. Gin Mare is marketed as “the Mediterranean Gin”. When you […]

At Fareham Wine Cellar we sell quite a bit of Port from Ruby all the way up to Vintage, old Colheitas and Tawnies. One of the things I am often asked about is as to why is there a blob of white paint on the Port bottle. Indeed, some customers have refused to buy a […]

Pernod Absinthe was relaunched a  few years ago, complying with the legislation of the time, as Pernod aux Extraits de Plantes d’Absinthe. It was said to be “inspired” by the original Pernod Absinthe recipe – this lead to some discussion, certainly amongst my customers, as to how authentic it was and as to whether it […]

10 Wine (and Spirits) Ideas for Valentines Day Wine and romance seem to go hand in hand and Valentines Day is a great opportunity to open a great bottle of wine or give one as a gift. So whether you are looking for a Valentine’s Dinner wine or something to give as a gift, here […]

Some Young Punks Quickie Sauvignon Blanc Probably the sauciest Some Young Punks label so far!! I assume that Quickie is the young lady on the the label, as the label says “Oh, what a girl was Quickie! When There’s No Time To Think, There’s More Time For Love.” The label is actually from a real […]

I recently found out that I am considered a bit of an expert about Port wine by the website that measure social media impact, Klout – which made me chuckle. This was brought to my attention with the arrival of a question from another Klout user in my inbox, and was a surprise to me! […]

The Teeling Whiskey Company is very new Irish Whiskey company set up by the Teeling family after the sale of the Cooley Distillery to the spirits behemoth Beam Inc. You can read more about Teeling Whiskey and Teeling Poitin at my earlier blog posts (just follow the links). Teeling Single Grain Irish Whisky The latest […]

World of Wines Wine Course in Fareham, Hampshire Daria Kenefeck who works, mainly in the office, at Fareham Wine Cellar has taught wine appreciation courses in the local area for a number of years. 2014 sees a change of venue for Daria’s wine class to Lysses House Hotel at 51 High Street in Fareham – […]

Louis Jadot Mixed Cases Louis Jadot Limited Edition Discovery Series (Prices correct 07/11/13, please email [email protected] or telephone 01329 822733 for availability). In readiness for Christmas, Louis Jadot has released some limited edition discovery cases. Alas, no photographs yet. We are pleased to offer the following…. (please follow the links below for more information) The […]