Although Swedish Whisky is a relative newcomer to the World of Whisky, Sweden actually has a history of distilling stretching back to the 15th century. Mackmyra Distillery, founded in 1999 by eight classmates from the Royal Institute of Technology in Stockholm, is now the largest Swedish Whisky Distillery. It is also arguably the most famous and most well-distributed Swedish Whisky. The first first spirit was produced in 2002 and a brand new distillery, located outside of Galve with a 1.2 million litre capacity, was opened in 2011. Mackmyra are known for the using a combination of different and interesting barrel finishes and / or different fuels for drying the malted barley. They are also a big user of first fill Swedish oak barrels which also sets it apart from other producers. 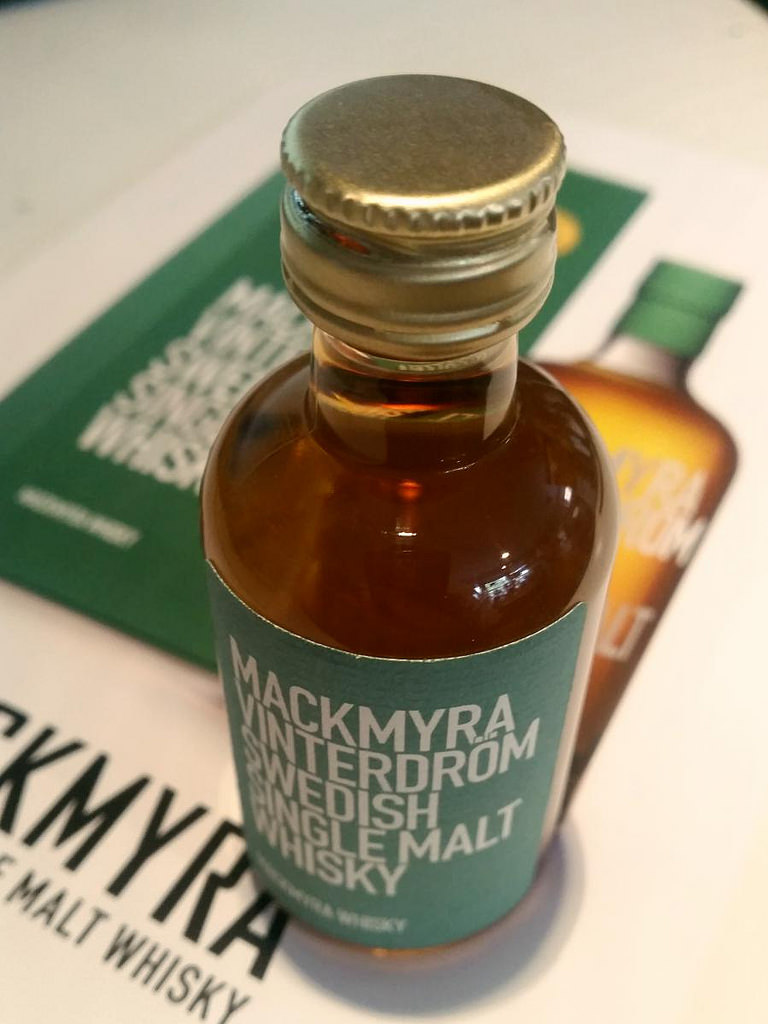 Mackmyra Vinterdrom is collaboration with the rum producer / bottler Plantation Rum and it is a limited edition bottling finished in a combination of ex Barbados and Jamaican Rum casks. A few whisky producers finish their whisky in rum casks. Off the top of my head I can think of the Balvenie Carribean Cask and Glenfiddich Gran Reserva 21 Year Old Scotch Whiskies and Teeling Small Batch Blended Irish Whiskey.

Some of the other, very interesting, cask finishes that Mackmyra use, or have used (mainly in their “Seasons” range) include:

Nose: Aromatic on the nose. It is spicy and fruity with definite rum notes, hints of burnt sugar, a touch of citrus orange, ginger, candied fruits. A touch of vanilla oak  and anise. Sweet confectionery notes.

Palate: The palate is full, round and fruity. It is initially quite sweet and rummy on the palate but this dries out a bit leading to the finish. There are flavours of rum, hints of nutty praline, dark coffee and some raisin notes. Slightly oily notes with light oak nuances. Hints of apricot too and a lick of salt.

Finish: The finish is fresh and warm with a touch of spicy oak. Good length.

Thanks to Mackmyra and their representatives in the UK, Marussia Beverages for the sample.