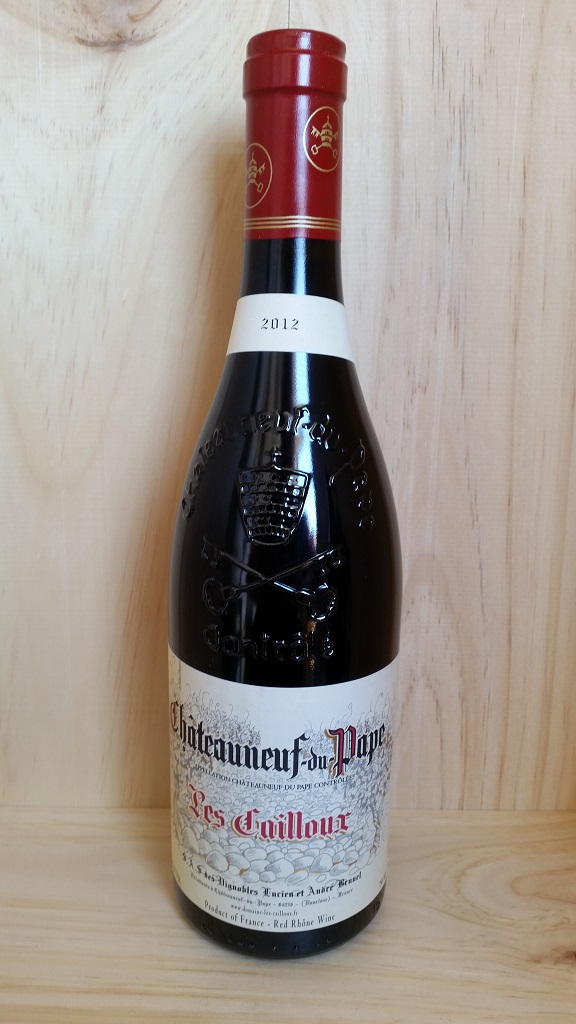 Domaine Andre Brunel is a family owned, 22 hectare, estate located in Chateauneuf du Pape although they also own 11 hectares in the Cotes du Rhone. The Brunel family has lived in the Rhone since the 18th Century, however it was not until 1919 that André’s grandfather established the Les Cailloux estate. André joined his father in 1971 and has played the major part in turning Les Cailloux into a world class domaine. André Brunel is now widely recognised as being one of the finest producers of Chateauneuf du Pape. The name of the domain comes from cailloux roulés or galet roulés, the French name for the large stones found in the vineyards of Chateauneuf du Pape.

The grapes for the Andre Brunel Chateauneuf du Pape Les Cailloux are hand-harvested from multiple plots, each having its own characteristics which give this wine its incredible complexity. The average age of the vines is 60 years old. The plots at Bois de la Ville and Les Serres are very well-draining with a gravel bed, the juice produced from the grapes here is very concentrated. The plots Farguerol and Cansaud have red and blue clay soils which produces grapes with rich and aromatic properties. Lastly there are plots at Cabrières and Revès whose chalky-like limestone brings good overall structure and a long finish the blend. The blend usually comprises predominantly Grenache, followed by Mourvedre, Syrah and a little Cinsault. Each variety is vinified separately – the Grenache (70% destemmed) is vinified in enamelled, concrete tanks to maximize colour and aromatics. The other varieties are completely destemmed. The wines is aged for 18 months. The Syrah component is aged for 1 to 2 years in barrels, the others in vat. After 18 months the wine is blended and rested another 6 months prior to bottling.

Deeply coloured with complex aromas of ripe red fruits, leather and attractive hints of undergrowth, this velvety wine shows a wonderful alliance between power and elegance, culminating in a long, savoury finish.