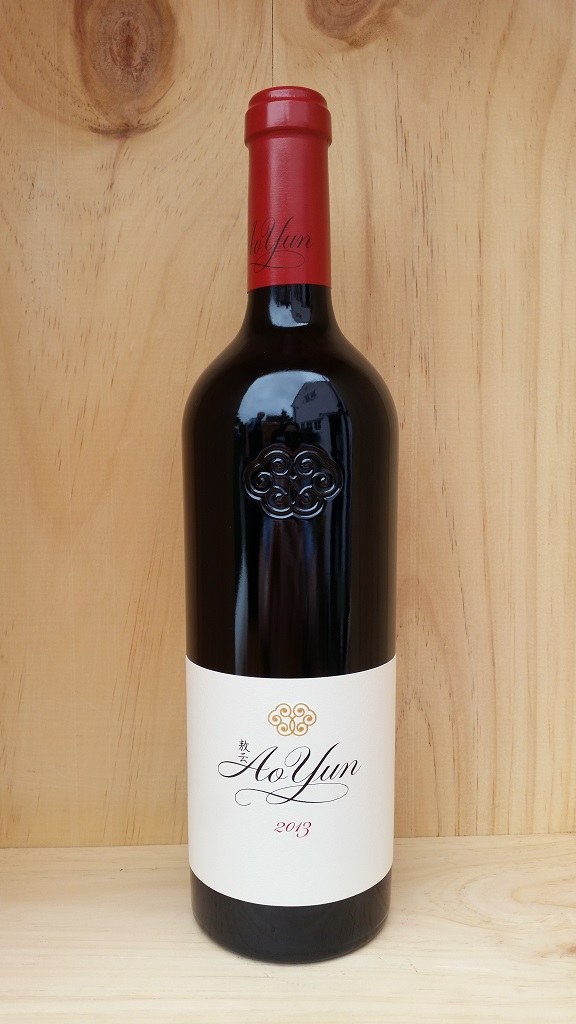 Ao Yun is a new premium Chinese wine made by Moet Hennessy Estates & Wines (owners of Dom Pérignon, Krug and Château d’Yquem amongst others) and is arguably the first serious “fine wine” to come out of China. 2013 is the inaugural release and the Ao Yun project is carefully overseen by Jean-Guillaume Prats. Prats was the director of the prestigious second growth Bordeaux Chateau Cos d’Estournel for 15 years before moving to LVMH to oversee Moet Hennessy Estates & Wines. Ao Yun means “flying above the clouds”, a reference to the clouds that cap the summits of the surrounding mountain chains.

The vineyards for this ground-breaking Chinese wine are located in the Yunnan Province in south western China close to the edge of the Himalayas near Tibet. The site sits in the foothills of the Himalayas (at the base of the Sacred Meili mountain), which is a UNESCO World Heritage Site, and was chosen after four years of careful research. The vineyards were planted in 2002 after a government scheme to persuade farmers to diversify the crops they grew.

The vineyards are situated in 4 different villages not far from the legendary city of Shangri-La – Adong, Xidang, Sinong and Shuori. The Ao Yun vineyards range in altitude from 2,200 to 2,600 meters above sea level and comprise 314 plots totalling nearly 30 hectares (75 acres). The high altitude results in  fewer hours of sunshine a day, but a longer ripening period, with 160 days between flowering and harvest (versus 120 in Bordeaux). This enables the Cabernet Sauvignon to express the full refinement of this unique terroir and helps to produce a complex, aromatic wine. All of the vines are farmed organically by hand (or yak) and the grapes are harvested, and all of the winemaking is done, entirely by hand. The 2013 vintage of Ao Yun is a blend of 90% Cabernet Sauvignon and 10% Cabernet France aged for 3 months in 100% new oak barrels.

The winemaker is Frenchman Maxence Dulou. Orginally from raised in Sauternes, Maxence has worked in many prestigious properties in Bordeaux, South Africa and Chile – he moved, with his family to Yunnan in 2013 to take charge of winemaking and viticulture for this exciting wine. Maxence says of of Ao Yun “The altitude also means high light intensity, exceptional photosynthesis, concentration, thick-skins, small berries, deeply coloured wines with great freshness.”