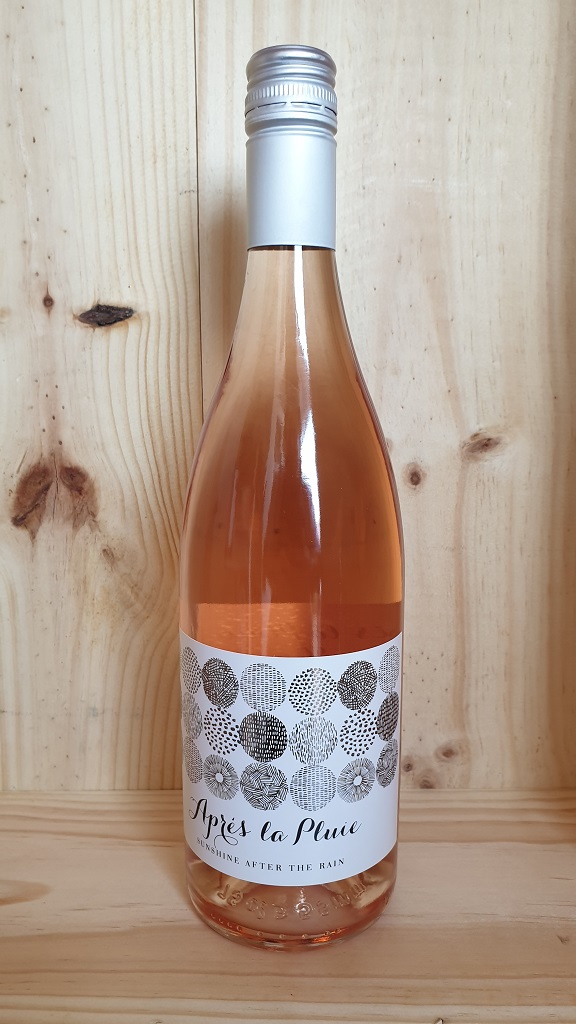 Apres La Pluie Rose, or Apres La Pluie La Beau Temps Rose, to give it its full name, is made by Katie Jones of Domaine Jones in the South of France near Tuchan. It is bottled as a Vin de France.

Katie Jones was the Sales and Marketing Director for the Mont Tauch co-operative in the Languedoc for nearly twenty years until she fell in love with a small 3.5 hectare vineyard in the Maury Valley in 2007. Since then her Domaine Jones Red, Domaine Jones White and Fitou have all been very successful and have won great plaudits and she has acquired more vineyards. There are also other wines including the fantastic La Perle Rare Syrah and now this rosé. In fact Katie has grown so much in recent years that she now makes some wines with her husband’s family’s grapes (husband Jean-Marc Astruc is a winemaker in his own right) and from other growers.

Apres La Pluie Rose was first released as part of Katie Jones’ “Recovery Range” of wines. Katie Jones and Domaine Jones hit the national press recently when her winery was vandalised and she lost an entire vintage of white wine. Whilst Katie was showing her wines at Prowein in Germany someone broke into her winery, opened the taps on the vats containing her 2012 white wine and let it all drain away. Never one to shy from a challenge, Katie subscribes to the “when life gives you lemons, make lemonade” philosophy and has joined up with local wine producers to make some “Recovery” parcels of wine which she has bottled and sold under other labels to help her keep going. Today she still makes her “Sunshine after the rain” rose.