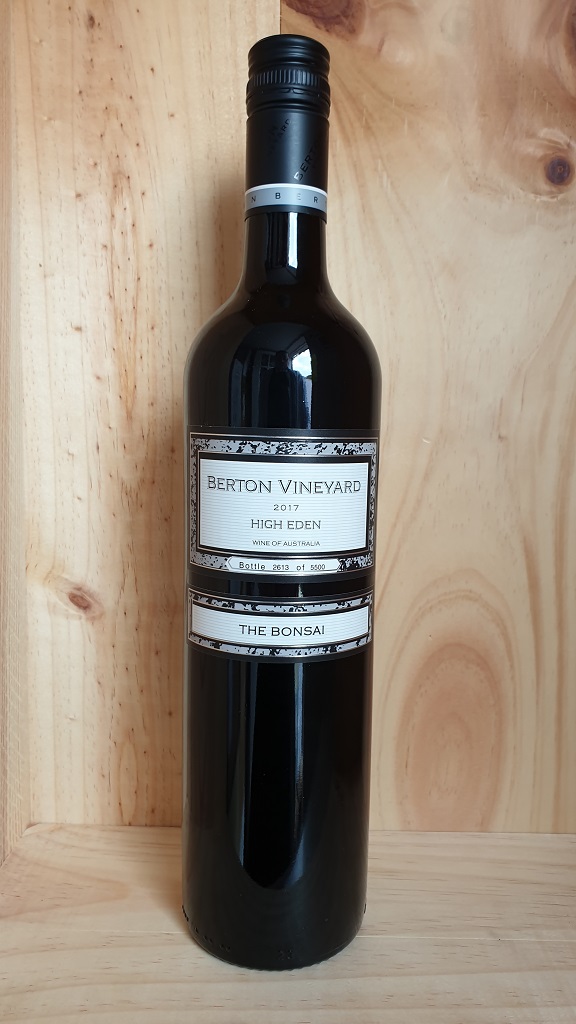 Berton Vineyard The Bonsai Shiraz made from 100% Shiraz sourced from the High Eden sub-region of the Eden Valley in the Barossa zone.

Berton Vineyards was established by Bob & Cherie Berton in May 1996 with 75 acres of land at 450m above sea level on gently rolling hills in a sub-region of Eden Valley in South Australia. In 2005 the decision was made to purchase a winery to process the 100 odd tonnes that was produced at the High Eden Vineyard. In 2005 when the former Southcorp winery in Yenda became available, Bob and Cherie joined with Jamie Bennett, Paul Bartholomaeus and James Ceccato to form Berton Vineyards the company. The winery was purchased and the guys moved to their new home in November 2005. This state of the art facility has the capacity to process 20,000 tonnes, and allows Berton Vineyards to produce value for money wines which sit alongside his premium single vineyard offerings.

The grapes for the Berton Vineyard The Bonsai Shiraz are grown on ancient podsolic soils that offer lots of quartz rock and little other sustenance. Berton found, that after five years of heroic effort, the vines still looked like rootlings, and they started calling it the Bonsai Vineyard. The grapes are machine harvested and transported to Berton’s Riverina winery. Here the grapes are destemmed and crushed into fermenters and inoculated with a
carefully selected yeast strain for approximately seven days at temperatures between 22°C and 28°C on premium French untoasted & toasted oak chips. The wine is then pressed into stainless steel storage tanks and left to
ferment until dry. The wine is then racked to stainless steel vats and undergoes malolactic fermentation with the addition of cultured malolactic bacteri. After MLF, each parcel is clarified using a centrifuge. Each was then matured in new and used French and American oak barrels for over 12 months. the best barrels are carefully selected and blended to produce this fine shiraz.