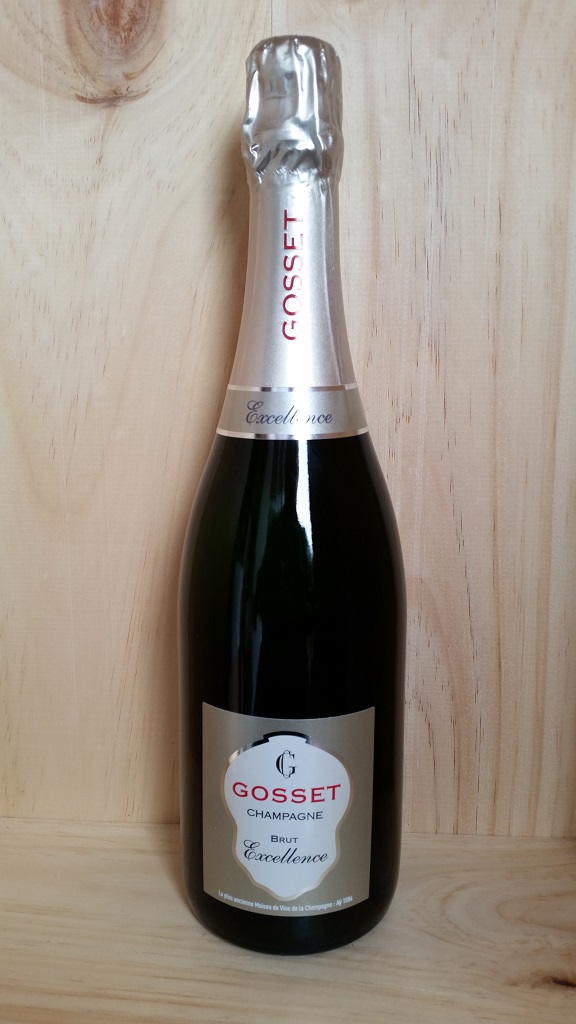 Champagne Gosset Excellence Brut is the Gosset’s entry point non-vintage Champagne, it is a light, crisp, fresh Champagne. It is soft and delicate and makes a superb apritif.

Champagne Gosset is the oldest Champagne House. It was founded in Ay in 1584 and remained in the Gosset family until 1993. The Renaud-Cointreau family, owners of Cognac Frapin, bought Gosset in 1993 and have worked tirelessly to ensure Champagne Gosset remains a family affair. In 2013 they will celebrate 20 years of ownership in which production has risen from 400,000 bottles per year to approximately 1 million bottles.

Gosset is located in the Marne Valley and, although founded in Ay, they have also had premised in Epernay since 2009.The Montagne de Reims and Marne Valley surround Epernay and Aÿ and are known for their chalky soils and hillside vineyards that provide excellent growing conditions for the vines. Champagne Gosset mainly works with growers surrounding Epernay and focuses on Premier and Grand Cru vineyards. In the Champagne region the vineyards are officially classified by a scale known as Echelle des Crus where each vineyard is ranked between 80 and 100 percent. Champagne Gosset’s sourcing policy means that they have a high average across their range of 95%. (Premier Cru vineyards are rated from 90 to 99 and Grand Cru are 100 percent)

The cuveé for the Champagne Gosset Excellence Brut is 45% Pinot Noir, 30% Chardonnay and 25% Pinot Meunier. The wines are sourced from 27 crus and a high proportion of reserve wines are included in the cuvee (around 20%). The wine is aged for 30 months before disgorging. Dosage is 11 g/L.