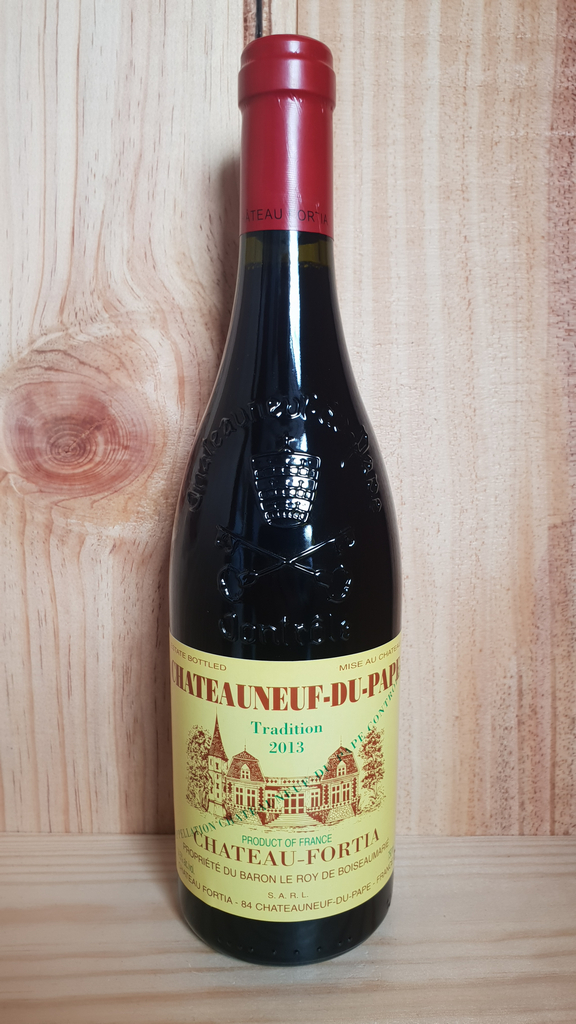 Unfortunately this item is no longer available, however there are similar products listed below which you might find equally enjoyable.

Chateau Fortia is one of the oldest wine estates in the Rhone Valley but its association with Baron Le Roy for which it is best known. In the early 20th century Chateau Fortia came under the direction of Baron Le Roy. Le Roy is best known at the co-founder of the the Institut National des Appellations d’Origine (INAO) who created the Appellation d’origine contrôlée (AOC) system. The AOC system has gone on to be basis for not just French wine laws but many other appellation systems around the world. Chateau Fortia itself is a 30 hectare wine estate located to the south east of the Châteauneuf du Pape commune. The vineyards are planted with the red grape varieties Grenache, Syrah and Mourvedre and the white varieties (mainly) of Clairette Blanc, Roussanne and Grenache Blanc. The white grape varieties are planted mostly in the north of the estate whilst the southern part of the estate, with the fabled galets roulés are given over to red grape varieties.

The three grape varieties for Chateau Fortia Chateauneuf du Pape Tradition are destemmed and vinified separately in temperature controlled 150 hectolitre concrete tanks. After approximately three weeks of maceration and fermentation the wines are pressed and transferred to smaller 20 to 40 hectolitre concret tanks for malolactic fermentation. After this the wines are racked of the lees and the separate wines are blended into the desired cuvee. The wine is then put in large oak barrels and is aged for 12 to 18 months before being fined and filtered prior to bottling.

This wine is suitable for vegetarians and a vegans.