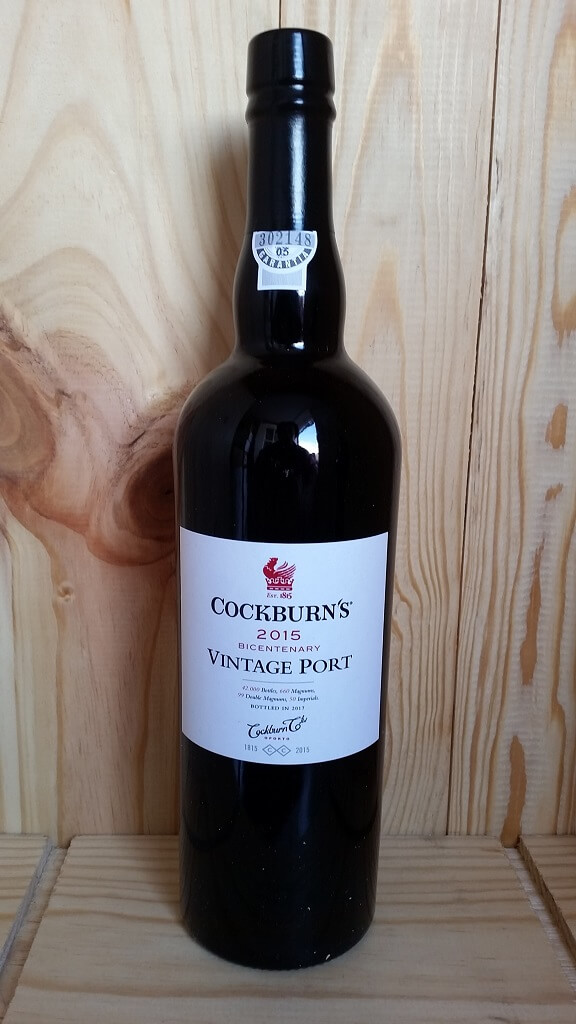 Cockburn’s was established by a Scottish soldier named Robert Cockburn in 1815. The company grew in strength throughout the 19th and 20th centuries but, like many other Port firms, struggled in the challenging years after World War Two. In 1962 the business passed into corporate ownership and, most recently, in 2006 was partly acquired by Symington Family Estates (owners of Dows, Grahams, Warres et al.). In 2010 the Symington Family acquired Cockburns outright and, after the 2011 vintage, this is the second Cockburns Vintage Port that has been released under their ownership.

Cockburns 2015 Vintage Port comprises grapes sourced only from their best vineyards, from their home vineyard at Quinta dos Canais, Quinta do Vale Coelho (a little further to the east) and Quinta do Cachão do Arnozelo. Touriga Franca constitutes the largest component of the Cockburn’s 2015 with 41%, followed by Touriga Nacional with 37% . The superb Touriga Franca was sourced principally from Canais, complemented by a smaller quantity from Vale Coelho. The balance of the blend is made up of old mixed vines (9%); Sousão (7%) and Alicante Bouschet (6%), the latter from Quinta do Cachão de Arnozelo, which contributed to the structure of the wine. A co-fermentation from Vale Coelho of low-yielding, old mixed vines, combined with Sousão and Touriga Franca added great concentration, freshness and grip to the wine.

Be the first to review “Cockburns 2015 Vintage Port” Cancel reply