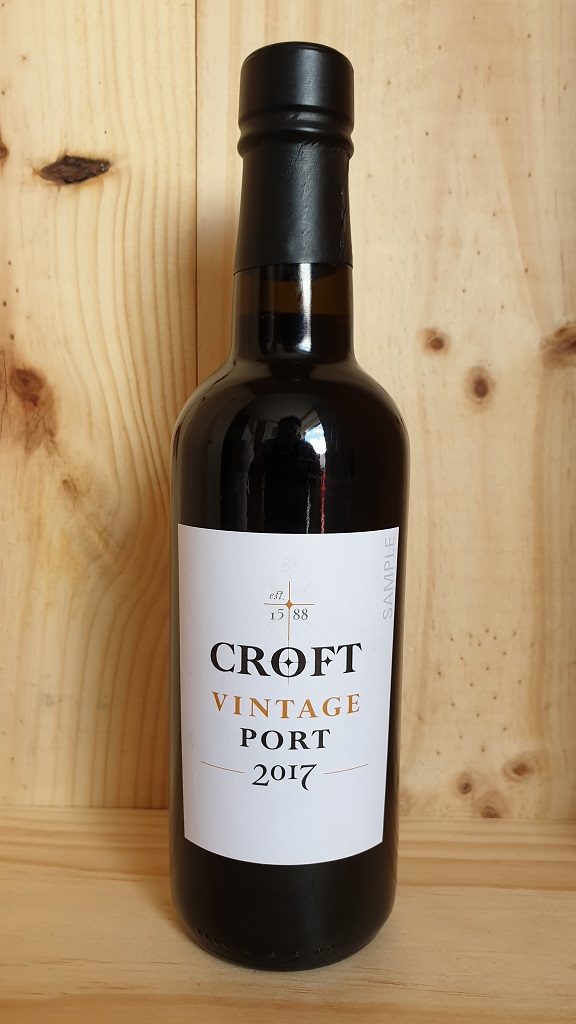 Croft Port is one of the original founding Port houses and can records show that it was established in 1588, in England, by Henry Thompson, a member of the Merchants Company of York. The Croft family, who joined the partnership in 1736 and gave the firm its present name, served the Port trade with great distinction. In Quinta de Roeda, Croft Port owns one of the finest Port estates in the Douro – it is wine from this vineyard that always form the backbone of Croft Vintage Port. Croft Port was bought by the Taylor Fladgate Partnership, owners of the Taylor and Fonseca Port houses, and since this return to family ownership has consolidated its position as a ‘first growth’ Vintage Port producer.

The 2017 Port Vintage is of exceptional quality. So much so that The Symington Family have declared the first back to back vintage declaration in the family’s 137 year history. The vintage was characterised by intense heat with record low levels of rainfall. Flowering and bud burst developed under good conditions and the high daytime temperatures and cool nights in August and September allowed for a gradual and even ripening. Harvest was exceptionally early, with some producers harvesting at the beginning of August. The harvest was around 20 to 30% down on a normal harvest, basically due to water stress. So, 2017 produced a smaller quantity of excellent fruit. Conditions were similar to 1945, an extremely highly regarded vintage.  Expect powerful, intense and complex wines with great aromas and freshness. As Dirk Niepoort declared, “the 2017 Vintage Port is epic and a triumph, the best I’ve witnessed in all my years at Niepoort”, whilst Adrian Bridge, managing director of The Fladgate Partnership, stated “All our houses and their properties have produced exceptional wines, with impressive density, depth and aromatic potential”.

From Crofts Port: “Dense inky core fading to a magenta rim. A seductive Croft nose, ripe and voluptuous but with the depth and density characteristic of the 2017 vintage. As usual, plump, juicy blackcurrant, black cherry and raspberry form the backdrop. However, the nose is soon drawn into a vortex of heady, complex aroma in which resiny scents of eucalyptus and gumcistus blend with pungent notes of sage and mint, fresh hints of grapefruit and a mellow spiciness. On the palate, firm, sinewy tannins are wrapped in a thick envelope of dense, velvety texture. As is often the case, this is one of the most exotic and beguiling wines of the vintage. However, it is also a weighty wine, dense and deeply coloured, with the concentration and stamina to ensure a long life in bottle. One of the finest Croft Vintages of recent years.”

Be the first to review “Croft 2017 Vintage Port” Cancel reply