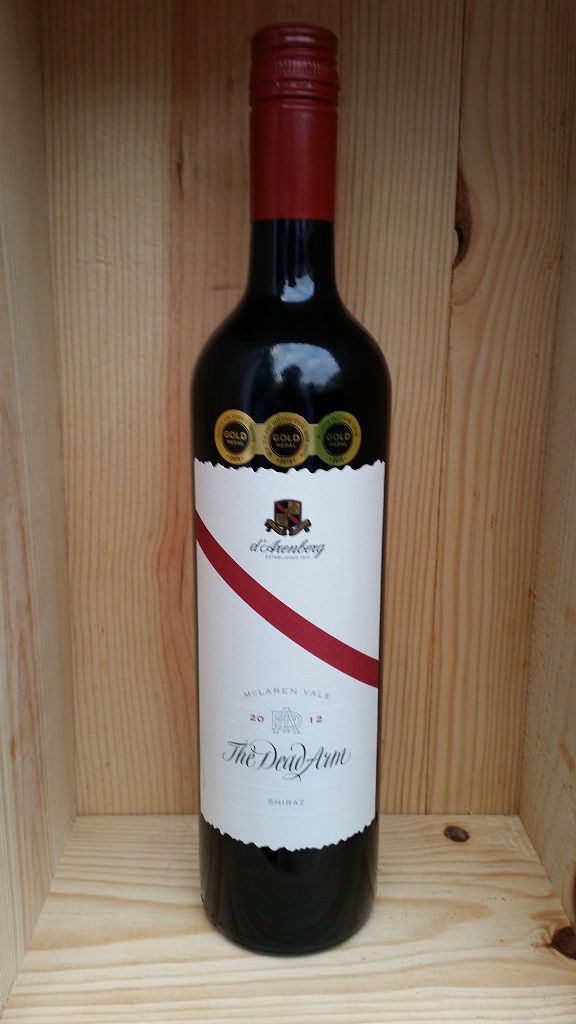 D’Arenberg is one of the most famous McLaren Vale wineries, founded in 1912 by Joseph Osborn, the estate is now in the hands of fourth generation winemaker Chester Osborn who, in 2007, was ranked in Australia’s Top 10 Shiraz producers by Wine & Spirits Magazine.  As well as their many famous red wines they also make a superb Fortified Red wine and some great dessert wines.

d’Arenberg Dead Arm Shiraz takes it name from the Dead Arm vine disease caused by the fungus Eutypa Lata that randomly affects vineyards all over the world. Often vines affected are severely pruned or replanted. One half, or an “arm” of the vine slowly becomes reduced to dead wood. That side may be lifeless and brittle, but the grapes on the other side, while low yielding, display amazing intensity.

Small batches of Shiraz grapes for the d’Arenberg Dead Arm Shiraz are gently crushed and vinified separately until the final blending. The grapes are foot trodden two thirds of the way through fermentation. The wine is then finally basket pressed, which is gentle in the skins, and then transferred to a mixture of new and used French and old American oak barriques to complete fermentation. The barrel ferments are aged on lees for 18 months and there is no racking until final blending and no fining or filtration.

d’Arenberg are members of Australia’s First Families of Wine, a group founded in 2009 to an initiative to “take the heart and soul of Australian wine to the world”.

d’Arenberg Dead Arm Shiraz is suitable for vegans and vegetarians.

d’Arenberg Dead Arm Shiraz is brooding and alluring. There are wafting blossom and black pepper into the nose, mulberry, rhubarb and plum into the mouth, followed by a lasting hit of aniseed, liquorice and spice.

Try with red meat such as beef roast or rib-eye steak.