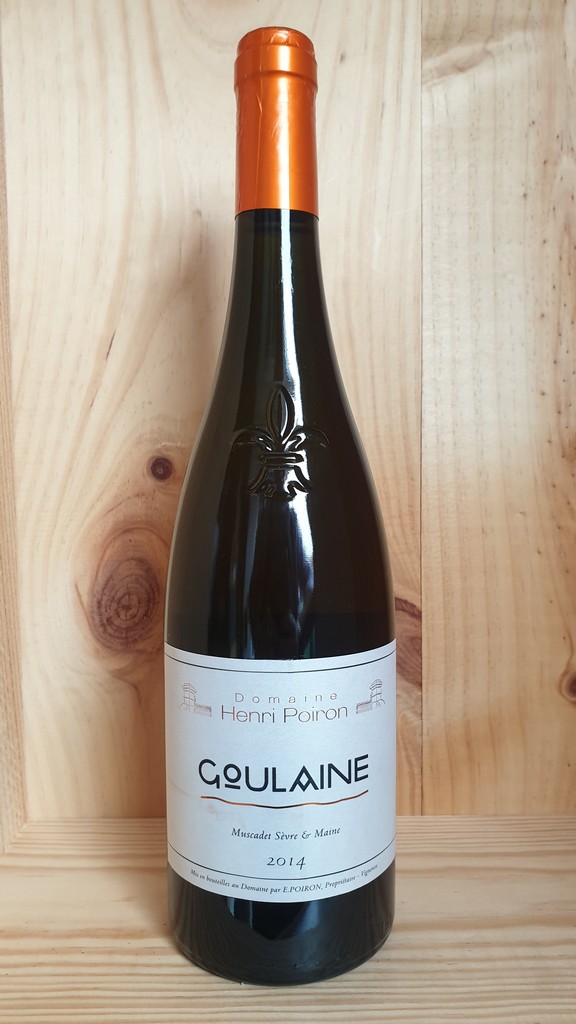 Domaine Henri Poiron et Fils Muscadet Sevre et Maine Goulaine is a “Cru Communaux” Muscadet, a Muscadet from a specific area which has to be aged for a minimum of 18 months to 24 months on the lees, yields are limited and grapes have to be riper prior to harvest. The younger vintages are lively and delightful but upon aging these fine Muscadets reveal their opulence: they are some of the best wines of the Nantes wine region revealing the differences of terroir.

Owner Eric Poiron took over the running family domaine (then known as Domaine Henri Poiron) fairly recently but the domaine can trace its wine-making roots back to the nineteenth century. Eric is a graduate of the Beaune School of Viticulture and is dedicated to bringing the winemaking lineage and heritage of Muscadet into the 21st century. The estate is located in the heart of the Muscadet wine region near Nantes and has evolved from a small holding of 1.2 hectares in the 1800s to its present day size of 36 hectares.

As mentioned above this is a “Cru Communaux”. There are 10 crus in Muscadet covering an area of 494 acres. The 10 crus are Clisson, Gorges, Le Pallet, Goulaine, Chateau-Thebard, Mouzillon-Tillieres, Monnieres-Saint Fiacre, Le Haye Fouassiere, Vallet and Champtoceaux. This one, Goulaine, is northernmost of the Crus of Muscadet and is situated between the Loire and Sèvre. The vineyards are located on a series of hills overlooking the low-lying marshes of Goulaine. A microclimate of gentler weather than elsewhere in the region allows its grapes to mature quickly, making Goulaine systematically the first appellation to harvest. Elegant and harmonious, the wines of Goulaine deliver opulence and balance.

Domaine Henri Poiron et Fils Muscadet Sevre et Maine Goulaine is 100% Melon de Bourgogne. The vineyard is near the village of  Maisdon sur Sèvre where the soils of composed of metamorphic rock known as gneiss, consisting mainly of coarse-grained feldspar, quartz, and mica. The vines are over 40 years old. After harvest the wine is fermented using only natural yeasts and is then aged on the lees for 22 months prior to bottling. Only 4000 bottles produced.

Perfect with any seafood and, in particular, shellfish such as mussels, clams and oysters. Try with white meat and cheeses.