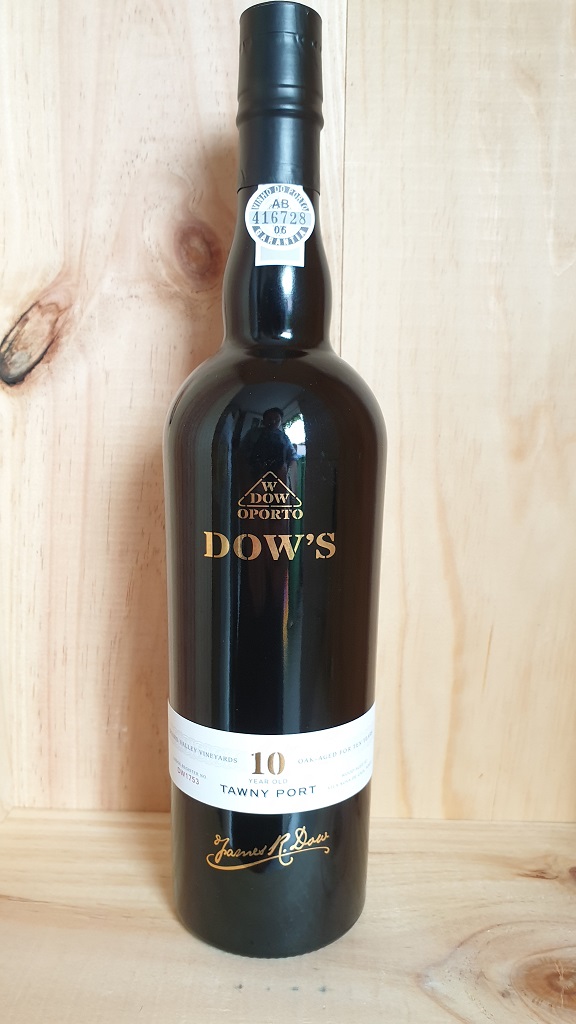 Dows 10 Year Old Tawny Port was relaunched in 2019 (alongside the Dow’s 20, 30 and 40 year old Tawny Ports) after an absence from the market for a number of years.

Dow’s Port is one of the most famous names in the Port trade and today is owned and managed by the fifth generation of the Symington family. The family, whose experience dates back over 100 years, supervises all the vineyards, winemaking and ageing of this wine. Dows acquired Quinta Senhora da Ribeira and Quinta do Bomfim in 1890 and 1896 respectively which made it one of the first Port firms to invest in their own premium vineyards.

Dow’s tend to ferment their Ports a little longer than some of the other Port house, this means that the wines are a little dryer, although still sweet and rich, than some other house’s Port wines. This is true of their Tawny Ports too. The Ports are aged in seasoned oak barrels at Dow’s Boa Vista Lodge in Vila Nova de Gaia. Dow’s Tawny Ports are produced from specially selected barrels chosen by The Dow’s blenders who regularly taste the Ports quietly ageing away for years their cellars. As the Port ages in barrel, gently interacting with the wood and air, the young Port with its red fruit characteristics oxidises and the dried fruit, nutty and caramel nuances typical of Tawny Port gradually develop.

Dow’s have have traditionally aged a proportion of their ageing tawnies in the larger well seasoned oak balseiros, with capacities ranging from 5,000 to 10,000 litres. The result is that the Dow’s Aged Tawnies retain an attractive fruit character and lose less intensity over the years, with a deeper colour than most. Some say that 20 years old is the sweet spot for Tawny Port, just the right combination of mellow fruit and complex characteristics from prolonged wood-ageing.

Dows 10 Year Old Tawny Port has a deep russet centre with a distinctive garnet edge and a hint of amber and bright aromas of red cherry and almonds with toffee and vanilla notes balance the nose. On the palate this wine is mouth-filling, with peppery spice and a touch of marmalade. The finish is full, with Dow’s trademark dry edge.