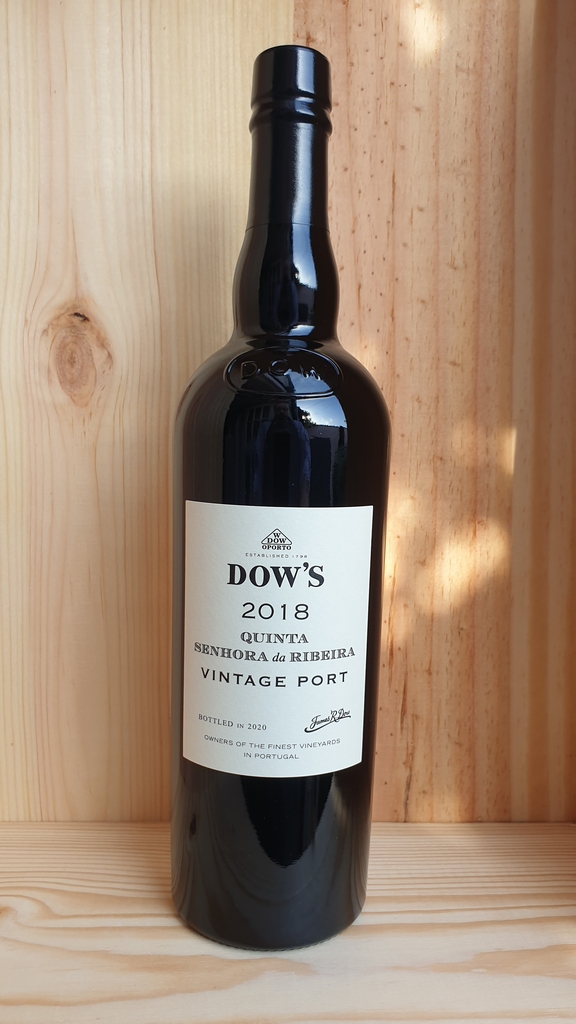 Dows is one of the most famous names in the Port trade and is owned and managed by the fourth generation of the Symington family. The family, whose experience dates back over 100 years, supervises all the vineyards, winemaking and ageing of this wine. Dows acquired Quinta Senhora da Ribeira and Quinta do Bomfim in 1890 and 1896 respectively which made it one of the first Port firms to invest in their own premium vineyards.

Senhora da Ribeira is located 24km (15 miles) upriver from Quinta do Bomfim in the remote Douro Superior. The vineyard commands a magnificent north bank position, overlooking a broad sweep of the Douro, directly opposite another famous Symington owned vineyard: Quinta do Vesuvio. Senhora da Ribeira’s wines are some of the finest in the Douro and they complement those from Bomfim in the composition of Dow’s classic Vintage Ports. The quinta’s high proportion of old vines (45% are over 25 years old) is of critical importance. The old vines are very low-yielding, producing on average less than 1Kg of grapes each, giving intense and concentrated musts which are ideal for classic Vintage Port. The remainder of the vineyard was replanted as follows: 21% in 2001 and 34% from 2004, the latter involving mainly Touriga Nacional vines. The best Touriga Nacional and Touriga Franca were fermented in the estates lagares together with some Sousão, producing a Port of exceptionally intense, purple-black colour with complexity fine tannins and balanced acidity.