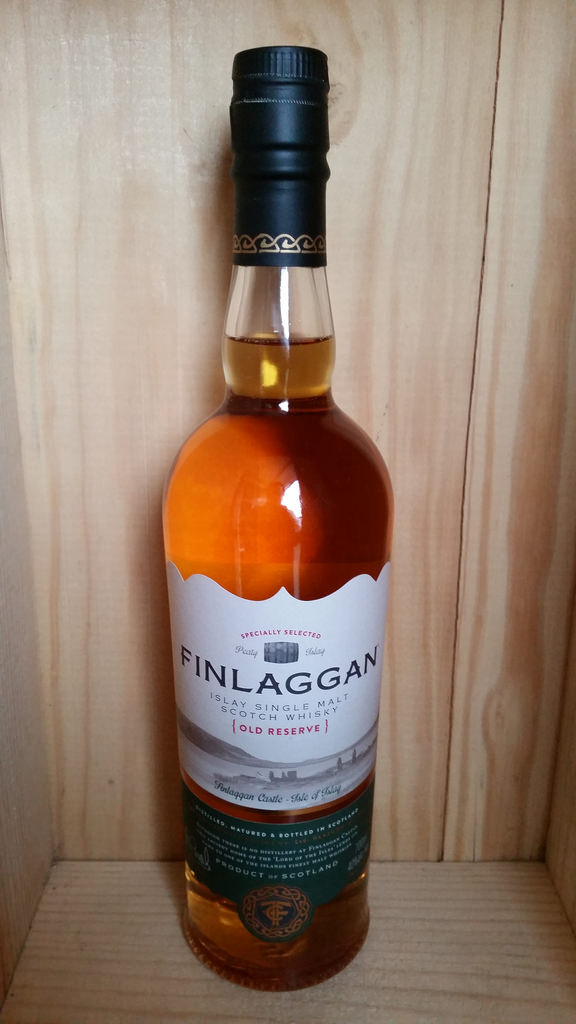 Finlaggan Old Reserve Islay Single Malt Whisky is a secret malt whisky. Scotch Whisky distilleries will sell some of their whisky to a third party who then age and bottle the whisky themselves. Often you will see the distillery name as well as the bottlers name on the label. In this case they tend to be known as third party bottlings.

This Islay single malt whisky  is bottled by The Vintage Malt Whisky Co. (VMWC) who also bottle another secret Islay malt whisky called The Ileach as well as the Cooper’s Choice range of single barrel bottlings. The VWMC was founded by Brian Crook in 1992, formally an export Director for one of Scotland’s best known distillers, and is now regarded as one of Scotland’s leading independent bottlers. There is plenty of discussion on whisky forums about the origin of the single malt whisky that goes into the Finlaggan and I have seen people who think it is Lagavulin, Laphroaig, Caol Ila, Bunnahabhain, Ledaig or Ardbeg. Suffice to say, no-one knows for sure, but I am sure one of these must be right!

This whisky is named after Finlaggan, a historic site on Islay. On Islay lies Loch Finlaggan, a place of great importance in Scottish history. In the Loch there are three islands, two of which are Eilean Mor (large island) and Eileen na Comhairle (council isle) where the installation of the Macdonald Lords of the Isles took place. Many centuries ago,the Lord of the Isles ruled Scotland from the stronghold of Finlaggan Castle on Islay which is situated 2kms to the northwest of Ballygrant.

Finish: Long and warming. Smoky ashes of the peat fire.