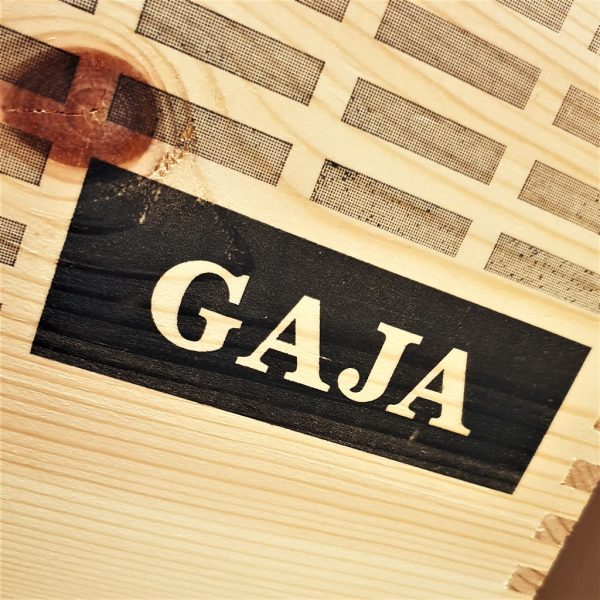 Gaja Barbaresco is arguably the Gaja’s flagship Piedmontese wine, a wine that the family have been making since 1859. It is 100% Nebbiolo sourced from the families various vineyards located in the municipality of Barbaresco.

Gaja is simply one of the most famous Italian wine producers. The business was founded in 1859 in Langhe, Piedmont by Giovanni Gaja and it is his great grandson, Angelo Gaja, who currently runs the company. They are most famous for classic Piedmont wines such as Barolo and Barbaresco. Indeed, Angelo has often been referred to as the “King of Barbaresco” and has been responsible for developing techniques that have revolutionised wine-making in Italy. They also make some superb Grappa.

Gaja also produce wines in Tuscany as well as Piedmont and bought their first property in Tuscany called Pieve Santa Restituta in 1994 which was swiftly followed by the second Tuscan property, Ca’Marcanda, located at Castagneto Carducci in Bolgheri, in 1996. Whereas the concentration in Piedmont and at Pieve Santa Restituta is on more traditional wines, the focus at Ca’Marcanda is on international grape varieties (Cabernet Sauvignon, Syrah and Merlot) and “Super-Tuscan” style blends like the Promis and Magari.

The grapes for the Gaja Barbaresco are sourced from 14 vineyards around the villages of Barbaresco and Treiso. The vineyards are located at a height between 250 and 330 m above the sea level and cover a surface area of 21.4 hectates. The vines have an average age of 45 years old. The grapes from each vineyard are vinified separately and are fermented separately in stainless-steel vats for approximately 20 days, depending on the vintage. Upon completion of fermentation, the wine is racked to barriques, where malolactic fermentation takes place. The separate lots are aged for 12 months in barriques (20% news, the rest in first and second fill barrels) before the 14 lots are blended and racked to large Slavonian oak casks ranging in age from five to fifteen years for another period of ageing prior to bottling.

Be the first to review “Gaja Barbaresco 2006” Cancel reply