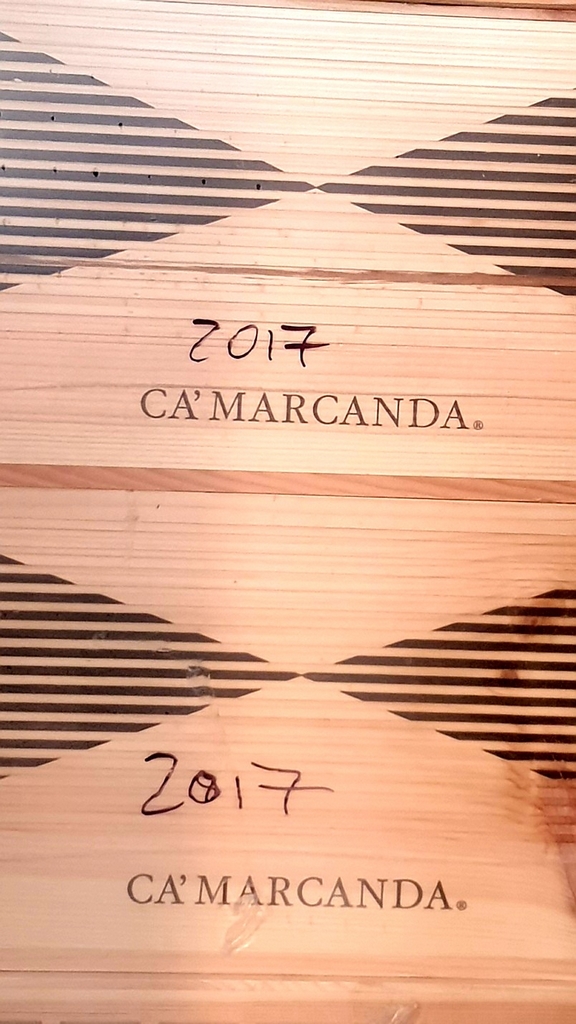 Gaja Ca’Marcanda Bolghieri DOP is the flagship red wine from Gaja’s estate located in the Maremma region of southern Tuscany. There are two other wines red wines produced at the estate, Promis and Magari. It is only made in exceptional years.

Gaja is simply one of the most famous Italian wine producers. The business was founded in 1859 in Langhe, Piedmont by Giovanni Gaja and it is his great grandson, Angelo Gaja, who currently runs the company. They are most famous for classic Piedmont wines such as Barolo and Barbaresco. Indeed, Angelo has often been referred to as the “King of Barbaresco” and has been responsible for developing techniques that have revolutionised winemaking in Italy.

Gaja bought their first property in Tuscany called Pieve Santa Restituta in 1994 and this was swiftly followed by the second Tuscan property, Ca’Marcanda is located at Castagneto Carducci in Bolgheri, in 1996. Whereas the concentration at Pieve Santa Restituta is on more traditional wines, the focus at Ca’Marcanda is on international grape varieties (Cabernet Sauvignon, Syrah and Merlot) and “Super-Tuscan” style blends. The estate now consists of 100 hectare of vineyards.

Gaja Ca’Marcanda is a blend of 80% Cabernet Sauvignon and 20% Cabernet Franc. The Ca’Marcanda vineyards are planted on white soil rich in limestone, firm clay and stones. The two varieties are fermented and macerated separately for around 15 days. After 12 months of ageing in oak and further 6 months in concrete vessels, they are blended and aged for several months in the bottle before being released.

The typical nature of white soil and the abundance of stones
are essential to give Gaja Ca’Marcanda a solid and complex structure. A nose with flowery, red fruit and root notes, typical of the Mediterranean scrub. The taste is rounded, with a dense
texture and a remarkable mineral character. Lingering finish
with smooth tannins