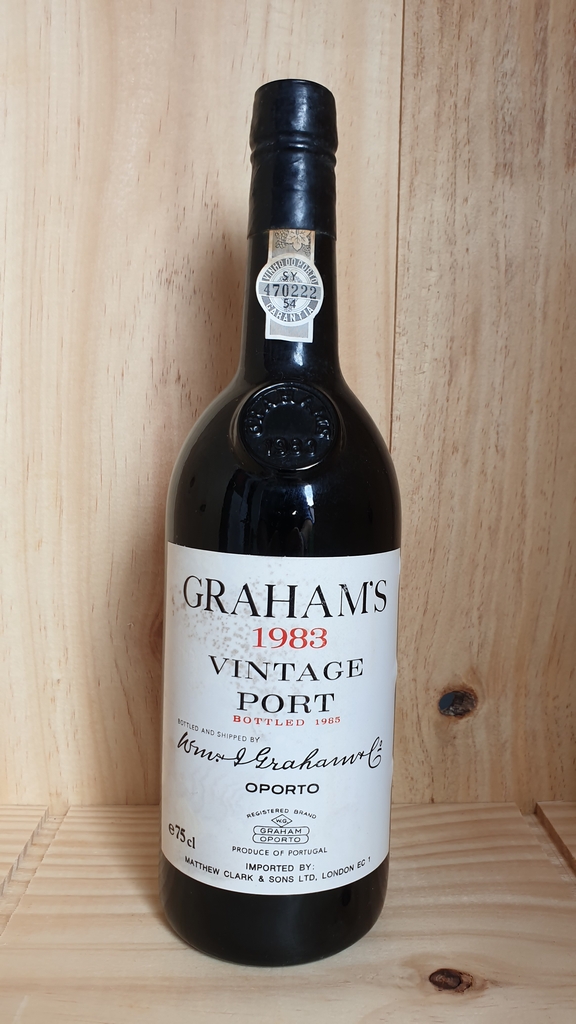 W & J Graham’s was founded in Oporto, Portugal’s second city, in 1820 by the two brothers William and John Graham and for nearly two hundred years Grahams Ports have been made by just two families, the Grahams and the Symingtons – in 1970 the Grahams sold the company to the Symington Family (who also own Dow, Warre and Cockburn). The remain one of the most prestigious Port houses. The quality of Graham’s Port relies on the finest grapes, primarily sourced from five iconic quintas in the Douro Valley: Quinta dos Malvedos, Quinta do Tua, Quinta das Lages and two others, Quinta da Vila Velha and Quinta do Vale de Malhadas, which are privately owned by members of the Symington family.

Vintage Ports are only made on very exceptional years (usually three or four times in a decade). After the harvest, wines of Vintage potential are put into oak barrels called ‘pipes’. Some eighteen months later a careful and painstaking series of tastings is held to judge exactly which wines of different vineyards merit inclusion in the final blend. If the ideal blend is achieved, the wine is then bottled without any filtration whatsoever approximately 24 months after the original harvest. Vintage Port must then be matured for some ten to twenty years in cool dark cellars as it gradually achieves the outstanding style of a great wine. The bottles should always be stored lying down. Vintage Ports deposit a heavy sediment or ‘crust’ in the bottle while maturing and must be decanted prior to serving.

1983 was an exceptional vintage, with outstanding, powerful wines, it was unjustly overshadowed by the 1977s before and the 1985s which followed. Muscular wines with a great capacity for ageing they are often compared to the 1966s.

Read our guide to decanting Port.

Graham’s 1983 Vintage has an intense garnet colour. The nose combines aromas of ripe red fruits with floral hints of violets and minty eucalyptus. On the palate it is full-bodied, well balanced and with silky tannins leading to a long and lingering finish. Drinking wonderfully now but will continue to age gracefully for many years – Symington Family Tasting Room, 2014

Be the first to review “Grahams 1983 Vintage Port” Cancel reply