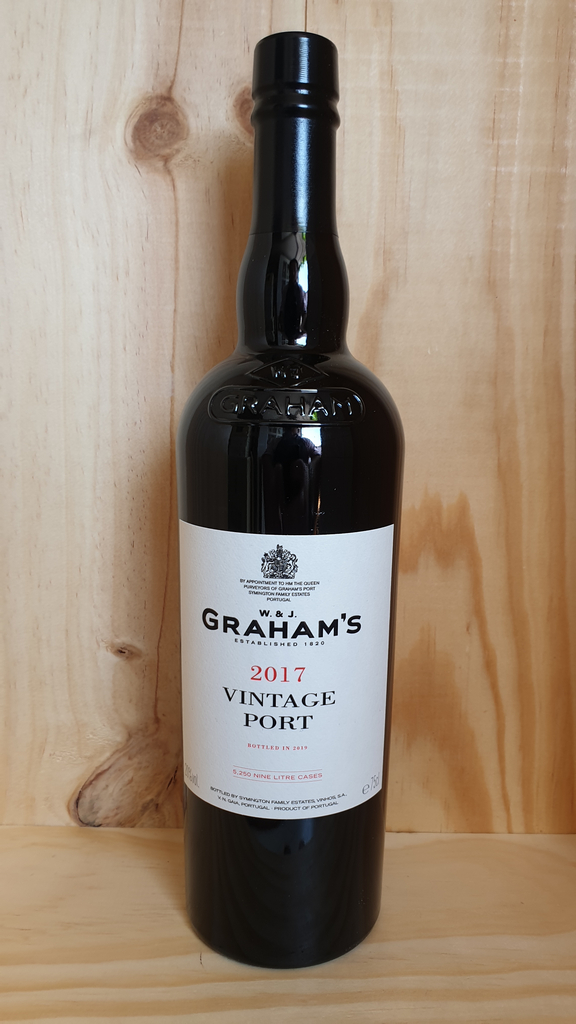 W & J Grahams was founded in Oporto, Portugal’s second city, in 1820 by the two brothers William and John Graham and for nearly two hundred years Grahams Ports have been made by just two families, the Grahams and the Symingtons – in 1970 the Grahams sold the company to the Symington Family (owners of Dow, Cockburn, Warre, Vesuvio et al.) who brought with them their own rich heritage in the Port trade. Graham’s has a reputation as a producer of outstanding Vintage Port for well over a century. Grahams Vintage Ports are only made in years of exceptionally high quality harvests, which on average occur two or three times in a decade.

The 2017 Port Vintage is of exceptional quality. So much so that The Symington Family have declared the first back to back vintage declaration in the family’s 137 year history. The vintage was characterised by intense heat with record low levels of rainfall. Flowering and bud burst developed under good conditions and the high daytime temperatures and cool nights in August and September allowed for a gradual and even ripening. Harvest was exceptionally early, with some producers harvesting at the beginning of August. The harvest was around 20 to 30% down on a normal harvest, basically due to water stress. So, 2017 produced a smaller quantity of excellent fruit. Conditions were similar to 1945, an extremely highly regarded vintage.  Expect powerful, intense and complex wines with great aromas and freshness.

Only 5.250 nine litre cases were bottled.

Be the first to review “Grahams 2017 Vintage Port” Cancel reply