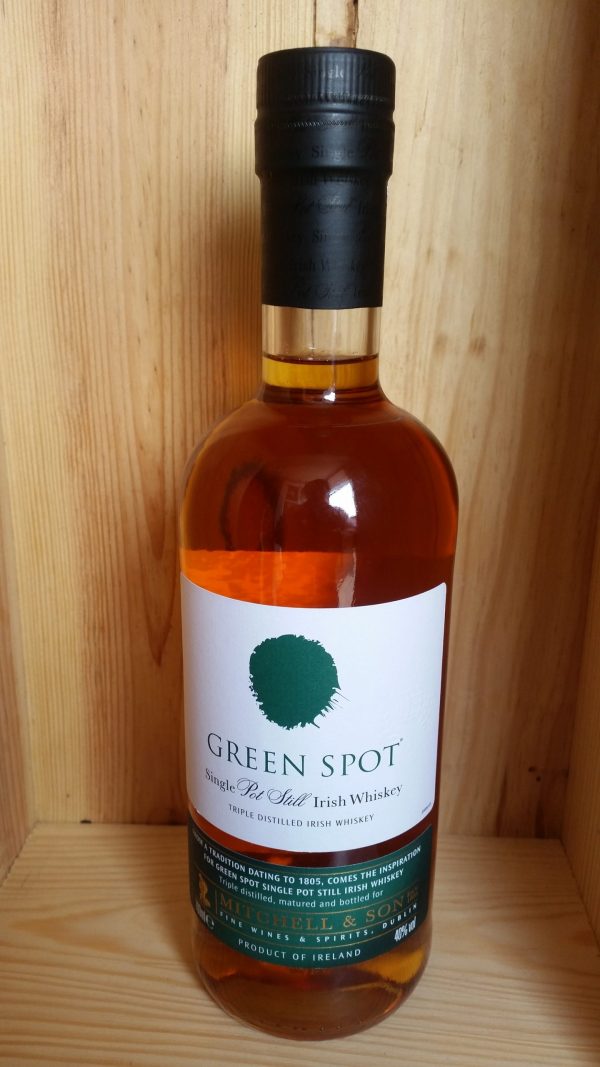 Mitchell and Son was founded at 10 Grafton Street in 1805 as a confectionary, wine and fortified wine business but it was not long before they entered the whiskey trade. The family would daub different casks of ageing whiskey with different coloured spots of paint determine the age potential of the whiskey. The Blue Spot was an 8 year old, Green a 10, Yellow a 12 and Red Spot a 15 year old.

Today the Green Spot Irish Whiskey is a no age statement Single Pot Still Whiskey. Each batch is made from a mash of malted and unmalted barley, which is then triple distilled in traditional copper pot stills. The Green Spot is comprised of a blend of Pot Still whiskies aged between 7 and 10 years old. It is aged in a combination of some new Bourbon, refill Bourbon and some Sherry casks. Pot Still whiskies are characterised by full, complex flavours and a wonderful, creamy mouthfeel. Bottled at 40%.

Nose: Fresh aromatic oils and spices with orchard fruits and barley on a background of toasted wood.

Taste: Full spicy body. A hint of cloves along with the fruity sweetness of green apples, rounded off with toasted oak. Followed by lingering flavours of spices and barley.