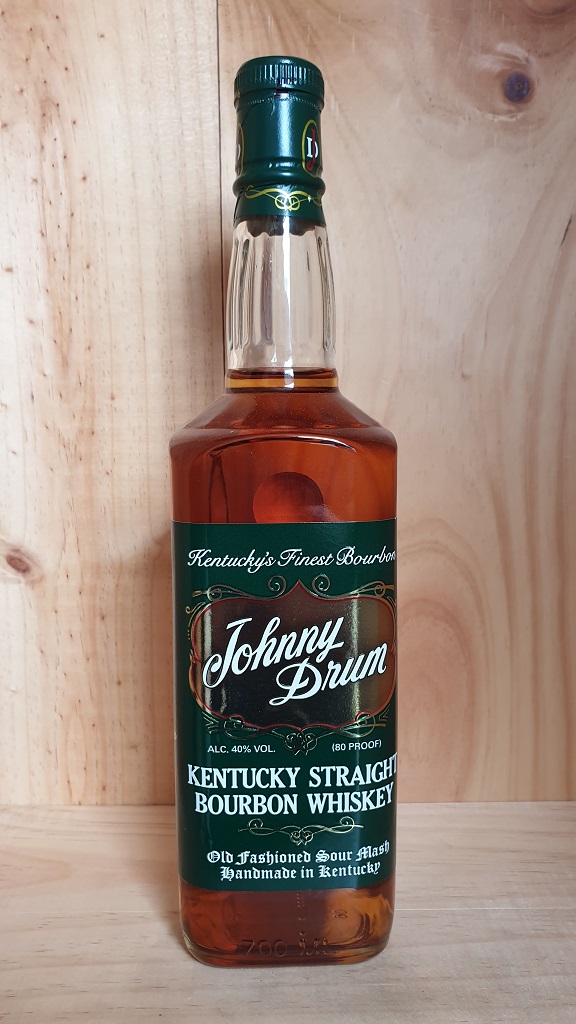 The Willett Distillery was founded by Thompson Willett on his family’s farm three short years after the repeal of prohibition. Both Thompson and his father has worked at the Max Selliger & Co. Distillery but, in 1936, Thompson left Selliger to build his own distillery and the first batch, which was approximately 30 barrels of spirit, was produced on the 17th March 1936. The distillery remained in Willett family ownership until 1st July 1984 when Even G. Kulsveen, son-in-law to Thompson Willett, purchased the property and formed Kentucky Bourbon Distillers Ltd., which Even’s family runs today. This is one of is one of three Johnny Drum whiskies produced by Kentucky Bourbon Distillers Ltd. at their Willett Distillery  located on the outskirts of Bardstown, Kentucky. They also produce the Johnny Drum Private Stock and Black Label.

After a period when no whiskey was distilled from the early 1980s (during which time it was an independent bottling company), the distilling plant was renovated and now has three operating stills – a column still, a “doubler”, and a pot still which recommenced distilling in 2012. As well as Johnny Drum whiskies the distillery also produces Rowan’s Creek, Noah’s Mill, Willett’s Bourbon and Rye. The whiskey is stored in one of the eight warehouses each capable of holding between 5,000 to 6,000 barrels (total capacity 48,623 barrels), approximately a quarter the size of those found at other distilleries. The warehouses were built on some of the highest ground in the county, assuring that a fresh breeze would aid in the maturation of the whiskey.

Johnny Drum Green Label is a Kentucky Straight Bourbon Whiskey. Straight Bourbon means that the whiskey has to be aged for at least 2 years in new charred American oak barrels. No added colouring or flavourings can be added to a straight whiskey.

Johnny Drum Green Label Kentucky Straight Bourbon Whiskey has delicate floral nose with hints of caramel, oak and honey. On the palate creamy, light notes of vanilla and honey with a citrus edge back up the light corn flavour of the spirit. Finishes with grip, a touch a fire and just a little mocha.