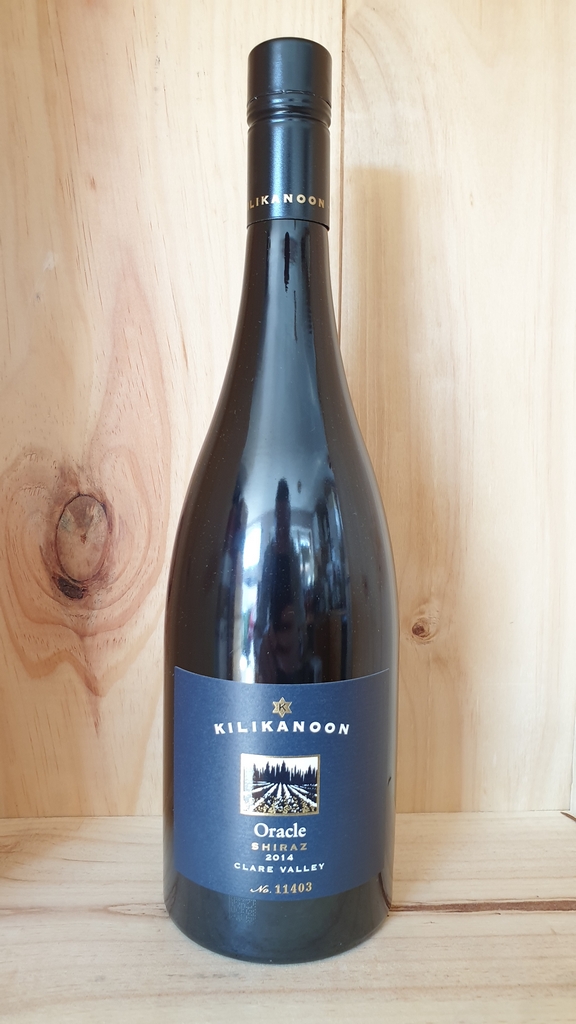 Kilikanoon Oracle Shiraz is crafted from old vine fruit grown at Kilikanoon’s Golden Hillside in Leasingham. Oracle Shiraz has been released every year since 1997 except for 2011. It continues to display the opulence, regional character and varietal power that the Clare Valley is so renowned for.

Kilikanoon wines was founded in 1997 by winemaker Kevin Mitchell when he purchased the property of the same name in the hamlet of Penwortham in South Australia’s picturesque Clare Valley. Kevin hails from a long line of wine grape growers but wanted to create his own wine brand rather than growing grapes for other producers. Kevin’s father Mort, was instrumental in Kevin’s wine career and had been planting and tending to Kilikanoon’s Golden Hillside suite of vineyards including the famed Mort’s Block, for over 40 years. The first wines to be released in 1997 were four single vineyard wines each from Kevin and Mort’s vineyards. These were the ‘Oracle’ Shiraz, ‘Prodigal’ Grenache, ‘Blocks Road’ Cabernet and ‘Mort’s Block’ Watervale Riesling. Traditional winemaking techniques are employed to produce hand-crafted wines with the unequivocal essence of Kilikanoon. Parcels and barrels are kept separate until blending in order to achieve regional and varietal definition in each wine.

Kilikanoon Oracle Shiraz is produce from a number of low-yielding, discreet parcels of Shiraz were selected, vinified separately using time-honoured traditional winemaking techniques, then aged for 18 months in a selection of new and one year old, small French oak casks. The final cuvee was assembled and bottled, both unfined and unfiltered.

Palate: Rich and powerful dark berries and bright red fruits up front that give way to savoury charcuterie with hints of dark chocolate and sweet spice. Fine, powdery tannins give length and drive to the fruit before a velvety finish.