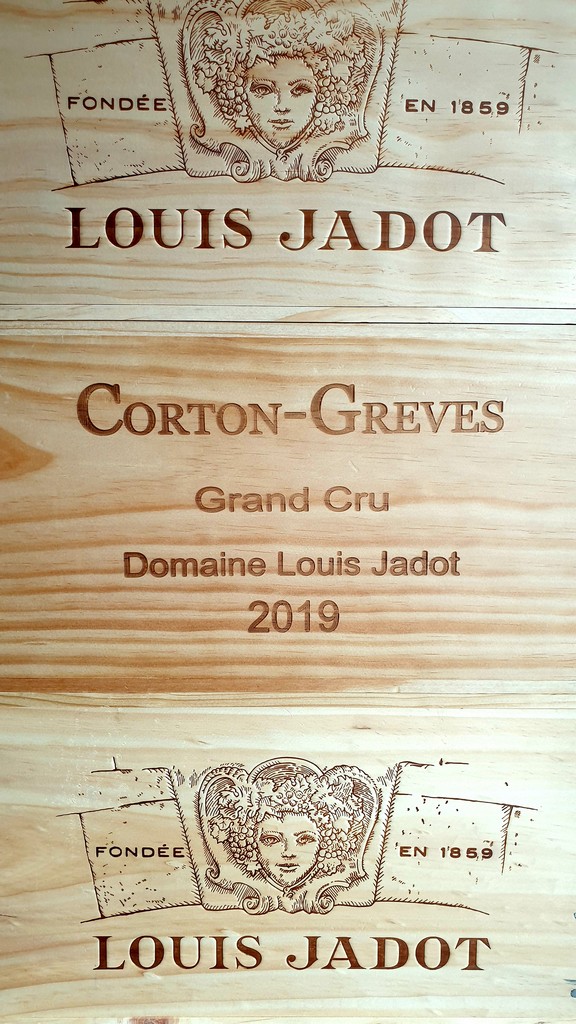 Louis Jadot Corton Greves Grand Cru is a red wine produced from the Corton Greves vineyard which is located in the Aloxe Corton commune. The commune of Aloxe-Corton has the unusual distinction of having over half its area covered in Grand Cru vineyards. The Corton Grands Crus are situated on the famous “Rognon de Corton”, literally the “kidney of Corton” due to its shape.

Maison Louis Jadot is one of the largest and most famous wine producers and negociants in the Burgundy wine-growing region. The origins of the company date back to 1859 when the business was founded by Louis Henry Denis Jadot. Over time the company has acquired plots of vines is some of the most prestigious vineyards in the region including Beaune Clos des Ursules, Chambertin Clos de Bèze, and many more. Louis Jadot owns or directly controls 120 ha in the Côte d’Or, including over 90 individual vineyard sites, 84ha in the Beaujolais Crus and 18ha in the Mâconnais primarily in Pouilly Fuissé (they own the fantastic Domaine Ferret). Today the business is headed by Pierre-Henry Gagey, son of André Gagey, who was entrusted with the management of Louis Jadot in 1962 by Madame Jadot following the tragic death of her son.

The Corton Grèves Grand Cru vineyard produces a powerful wine with a structure similar to Côte de Nuits wines. Les Grèves is a South east exposure vineyard based on a siliceous soil. This gives power and delicacy to the wine. The 100% Pinot Noir grapes for the Louis Jadot Corton Greves Grand Cru are harvested by hand and destemmed. The wine is macerated and fermented in open top wooden vats and stainless steel for 3-4 weeks prior to ageing for 18-20 months in oak barrels before bottling.

Louis Jadot Corton Greves Grand Cru is a powerful wine with a structure similar to Côte de Nuits wines. The vineyard orientation allows to elaborate a wine with silky tannins and harmonious acidity.