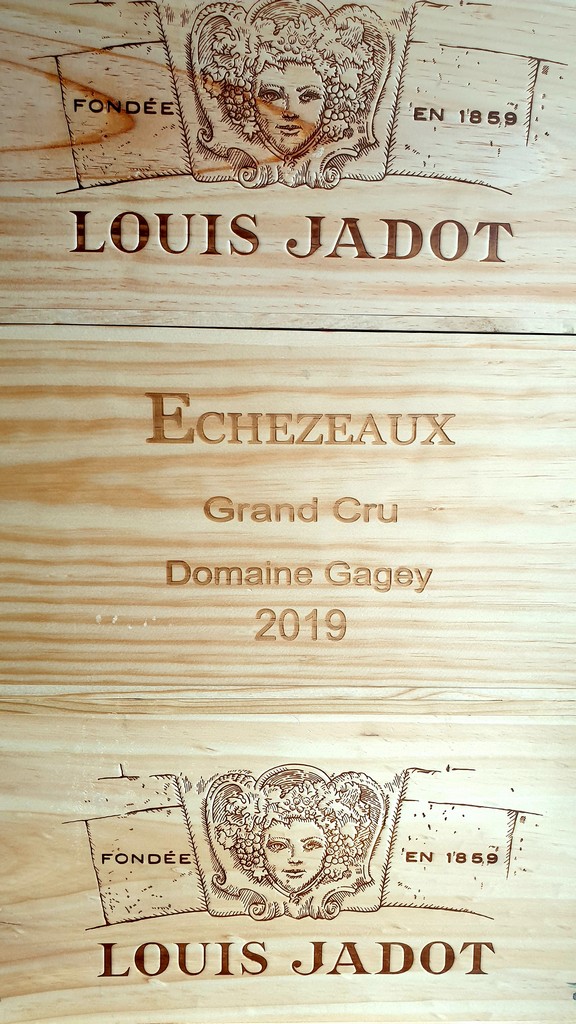 Louis Jadot Echezeaux Grand Cru is a red Burgundy from the  Côte de Nuits wine growing region. The commune of Flagey Echezeaux is situated between the Clos Vougeot and the Vosne Romanée vineyards. The village is in the plain, bordering the Vosne Romanée commune.

Maison Louis Jadot is one of the largest and most famous wine producers and negociants in the Burgundy wine-growing region. The origins of the company date back to 1859 when the business was established by Louis Henry Denis Jadot. Over time the company has acquired plots of vines is some of the most prestigious vineyards in the region including Beaune Clos des Ursules, Chambertin Clos de Bèze, and many more. Louis Jadot owns or directly controls 120 ha in the Côte d’Or, including over 90 individual vineyard sites, 84ha in the Beaujolais Crus and 18ha in the Mâconnais primarily in Pouilly Fuissé (they own the fantastic Domaine Ferret). Today the business is headed by Pierre-Henry Gagey, son of André Gagey, who was entrusted with the management of Louis Jadot in 1962.

The Pinot Noir grapes for Louis Jadot Echezeaux Grand Cru are destemmed and fermented in vats for 3 to 4 weeks. Aging takes place in oak barrels produced by Jadot’s own cooperage Cadus for 18 months.

Louis Jadot Echezeaux Grand Cru is a solid, well constituted, powerful as well as a delicate wine. It develops fine and intense Pinot Noir fruity aromas as well as spices notes. Aromatic and vibrant with considerable finesse and style. It has great length.

Perfect with roasts, game, meats in sauce and fine cheeses.