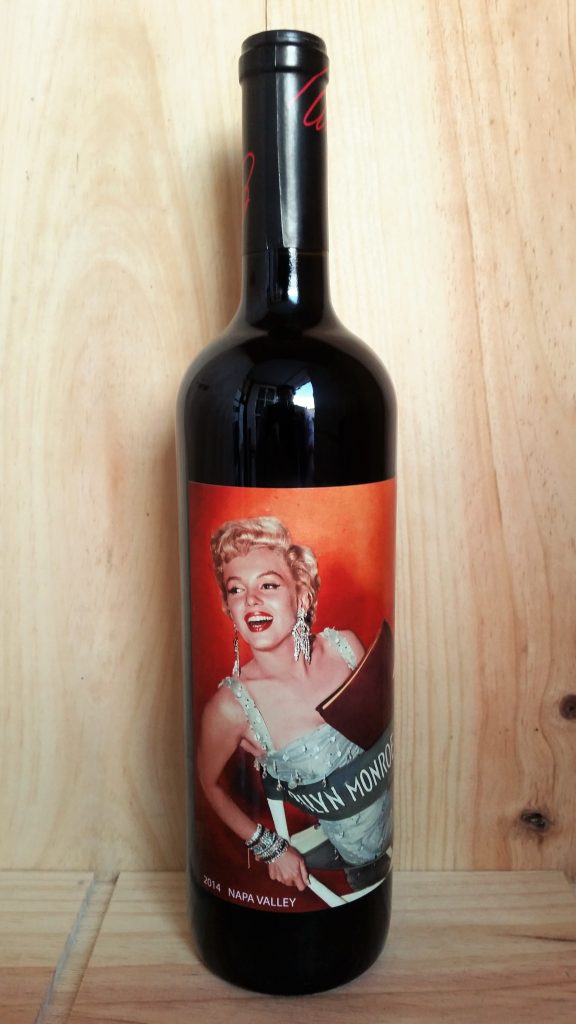 Unfortunately this item is no longer available, however there are similar products listed below which you might find equally enjoyable.

The 2014 Marilyn Merlot is the 30th anniversary release of this wine. It is super collectible and features a different Marilyn label each year.

Marilyn Merlot is now available once again in the UK after a break of some 4 or 5 years. Marilyn Wines can traces its origins back to 1981, when a small group of friends started making wine at their home near St. Helena, in Napa Valley. Eventually, over dinner and a bottle of homemade Merlot, the concept of “Marilyn Merlot” was born. In 1985, the playful idea came to fruition and a limited bottling of Marilyn Merlot was made for sale to the public for the very first time. The wine (and labels) really caught the public’s imagination and it was a massive success. Over the years, continuing acclaim from critics, collectors, and lovers of fine wine have led to the production of Marilyn Cabernet, Norma Jeane wines, the Velvet Collection wines, Sauvignon Blonde and Blonde de Noir.

The 2014 Marilyn Merlot is made with grapes from Andy Beckstoffer’s famous Missouri Hopper Vineyard which is located in the Oakville Appellation, and other top Napa Valley vineyards. The 2014 is a blend of 97% Merlot and 3% Petit Verdot and the winemaker is Bob Pepi.

Marilyn Merlot has become a rather collectible wine and each vintage the label features a different officially licensed photograph of Marilyn. Marilyn Wines holds an exclusive agreement with the estate of Marilyn Monroe for the use of the name and the images. The label of the Marilyn Merlot 2014 features photo of Marilyn taken by Bernard Bruno (Bernard of Hollywood) in the 1950’s when Marilyn was producing her own movies. Marilyn is said to have told Bernard, “Remember, Bernie you started it all —you discovered me!”

A proportion of the proceeds of this wine’s sales go to the Lee Strasberg Theatre institute and the Anna Freud Foundation in London.