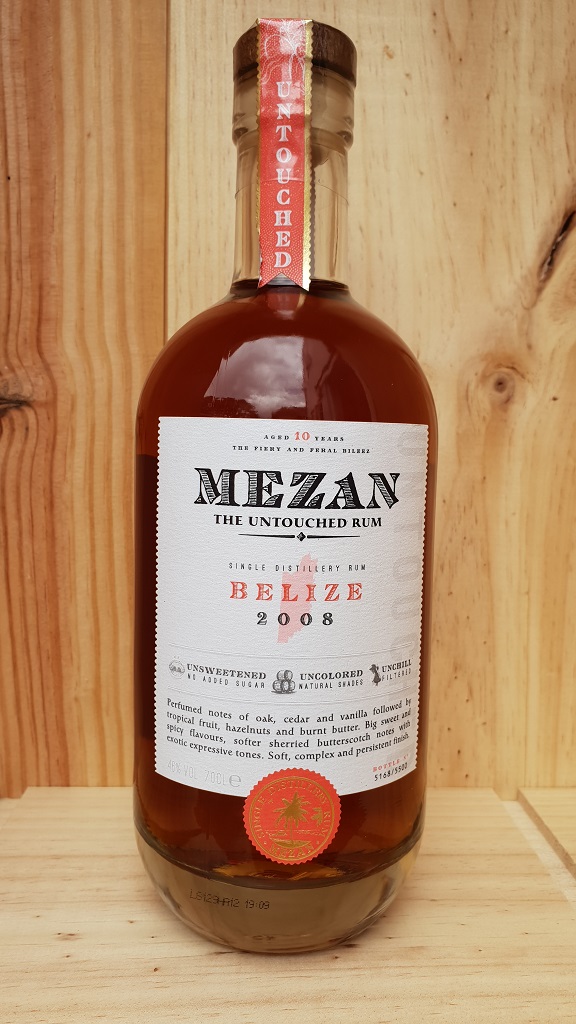 Mezan Belize 2008 Vintage Rum is part of the Mezan range of single distillery bottlings of rum.

The idea behind the Mezan range is to bring to the consumer the story of the diversity of rum amongst the Caribbean Islands, styles and methods of production, and therefore the rums vary widely. Mezan rums are also bottled as natural as possible,  after the casks have been selected they are not chill-filtered, nor is there any colour, sugar or other flavourings added.

Belize, formerly British Honduras, is located on the eastern coast of Central America. There are not many Belizean Rum brands, the main ones appear to Cuello’s, Fair Rum (who are also in Jamaica) and Travellers founded in 1953 and located in the town of Belmopan. According to the bottle, Mezan Belize 2008 Vintage Rum is made from a distillery located in Belmopan from molasses made from locally crushed sugar cane. Molasses comes from locally crushed sugar cane. It is naturally fermented and then distilled in a triple column continuous still. This vintage was initially aged in Belize in heavy-char American Bourbon barrels before being re-barrelled in used white oak Bourbon casks that had previously been filled with other Caribbean rums.

Mezan Belize 2008 Vintage Rum was distilled in 2008 and bottled in 2021 as a 13 year old. The rum was tropically aged initially for 3 years in Belize in heavy char American ex-Bourbon barrels followed by ageing for 10 years in Europe. The rum is re-barrelled for the European ageing into used white oak ex Bourbon casks that had previously held other Caribbean rums.

Bottled at 46% ABV without any flavouring, colourings or sweeteners.