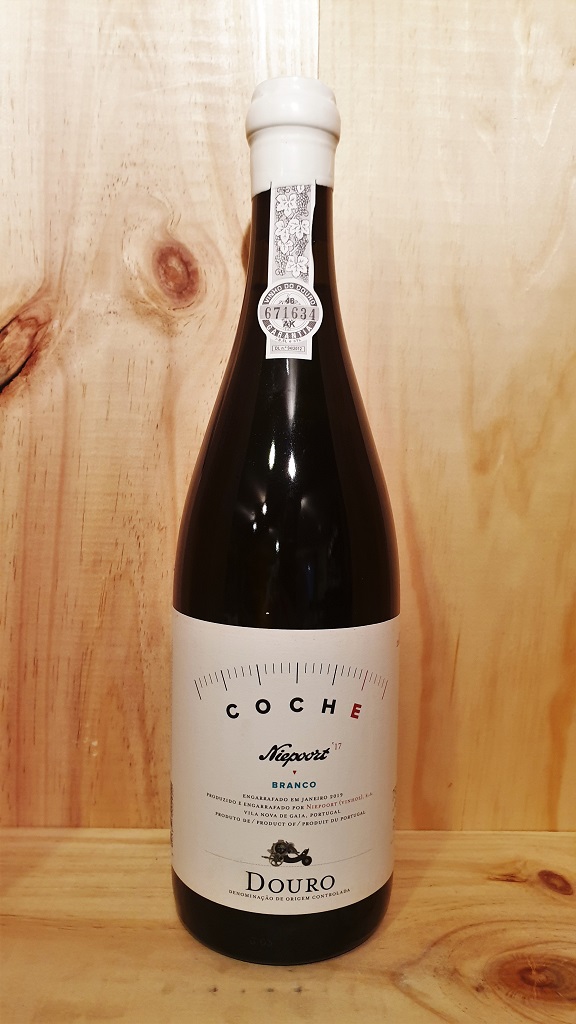 Niepoort Coche is Dirk Niepoort’s flagship white wine which aims to reach beyond the expression of its vineyards, region and provenance.

Niepoort was founded as a Port House in 1842 and today is run by the 5th generation brother and sister Dirk and Verena Niepoort. Whilst they are style very well known for their superb Port wines, they are now considered to be one of the top Portuguese producers of table wines. Dirk really was at the forefront of the Portuguese wine revolution. He first started experimenting with wines in 1990 and releases his first wine, Niepoort Redoma Tinto in 1991. Dirk continues to experiment and innovate and produces some fantastic Douro wines as well as from relatively newly acquired vineyards in Bairrada.

In the hot Douro, the key to the finesse and balance of this wine are the old vines and the high altitude of the vineyards which helps to maintain balance, acidity and freshness. The white grapes are sourced from several different vineyards in the Douro with an average vine age of over 80 years old and the soils are mica schist which contributes to the minerality and freshness of the wine. The vineyards are located on the right bank of the Douro river at an altitude of 600 to 750m. The grapes for Niepoort Coche are harvested by hand with careful selection in the vineyard. They are then transported to the winery 25kg boxes in a refrigerated lorry to ensure the grapes arrive in optimum condition prior to a secondary sorting. The grapes are then gently pressed for a 24 hour period. The juice is then fermented in 228L French oak barrels (most of which are used) and the wine is then aged in barrels (some of which are new) for 12 months where the wine undergoes malolactic fermentation. No battonage or racking.

Niepoort Coche is a blend of Douro grape varieties including Rabigato, Códega do Larinho, Arinto and others.

Be the first to review “Niepoort Coche, Douro 2017” Cancel reply