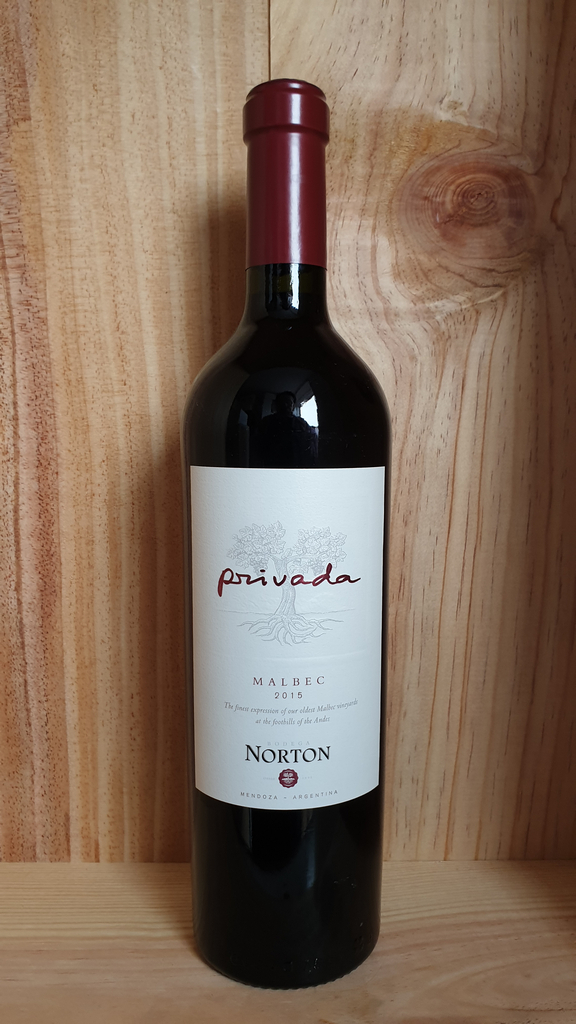 Bodega Norton is one of the longest established wineries in Argentina. It was founded in 1895 by British engineer named Edmund James Palmer Norton, who had come to work on the the railway joining Chile and Mendoza, when he planted vines (imported from France) in Luján de Cuyo, Mendoza. He built built what is the current winery in 1919. The estate remained in the same family until it was bought, in 1988, by Austrian businessman Gernot Langes-Swarovski (of crystal fame). During the 1990s, under the supervision of Gernot’s son, Michael Halstrick, the estate underwent a period of significant investments, modernization and growth with expansion into export markets. Wine Spectator named Bodega Norton as one of the top 20 wineries in the world in 2006 and many awards have followed since.

The grapes for the Norton Privada Malbec are sourced from vineyards in Vistalba, Las Compuertas, Perdriel and Agrelo. Only the finest Malbec grapes are selected from some of the estate’s oldest vineyards with an age of between 50 and 80 years old. Harvest is by and and there is a manual berry selection. The wine undergoes an alcoholic fermentation which lasts 7 days at a temperature between 26-28ºC and is followed by malolactic fermentation.  Norton Privada Malbec is aged for 16 months in new French oak barrels with at least 12 months in bottle prior to release.

The winemaker is Jorge Riccitelli, one of Argentina’s most highly respected.