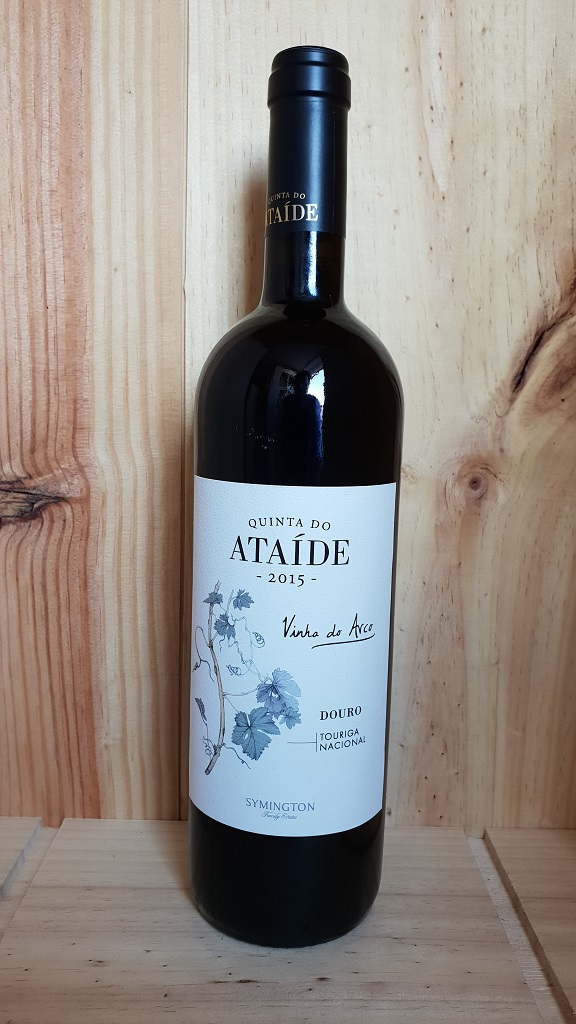 Quinta do Ataide Vinha de Arco is made from 100% organically farmed Touriga Nacional. The 81 hectare vineyard is located in the remote Vilariça Valley of the Douro Superior in complete contrast to the steeply terraced slopes of the main Douro Valley, where rainfall is low at about 500 mm per year with very cold winters and hot summers.

Quinta do Ataide is owned by the world-famous Symington family (owners of Graham, Dow and Warre Port amongst others) under their Symington Family Estates company. They are the largest vineyard owner in the Douro Valley with over 1000 hectares split between 26 vineyards. They are also the largest organic wine producers in Portugal via their three Quintas in the Vilarica Valley, Quinta de Assares, Quinta da Canada and Quinta do Ataide. Quinta do Ataide is also home to the  Symington Grape Variety Library, established in 2014, which comprises a vineyard with 53 distinct grape varieties, to further the knowledge of the various Douro grape varieties.

The historic Quinta do Ataide estate is based around an old 18th century manor house and occupies an unusually flat (for the Douro) are of land in the Vilarica Valley. This is an old lake bed surrounded by granite escarpments. The soils here are different from elsewhere int he Douro. They are composed of the traditional Douro granite and schist but have a  an alluvial topsoil component producing a unique terroir. The cold winters and hot summers, combined with low rainfall contributes to the making of an exceptional wine that has wonderful aromas and concentrated colour and flavours.

The grapes for Quinta do Ataide Vinha de Arco are hand harvested into small 20kg crates after which they are transported to the Adega de Reservas winery at Quinta do Sol. The grapes are sorted at the winery and are then gently destemmed. A proportion of the wine is vinified in stainless steel vats which monitored individually and temperatures and maceration procedures; plunging, pumping over and delestage, are adjusted in accordance with each fermenting tank in order to maximize the grapes potential. Once alcoholic fermentation is concluded, post-fermentation macerations are employed so as to extract mature, soft tannins from the pips. Another part of the Quinta do Ataíde ‘Vinha do Arco’ grapes are fermented in new French oak barriques, the maceration being effected by plunging with ‘macacos’ and by hand, resulting in wines with great structure and body. The wine is matured for 10 months in French oak barrels. 100% Touriga Nacional.