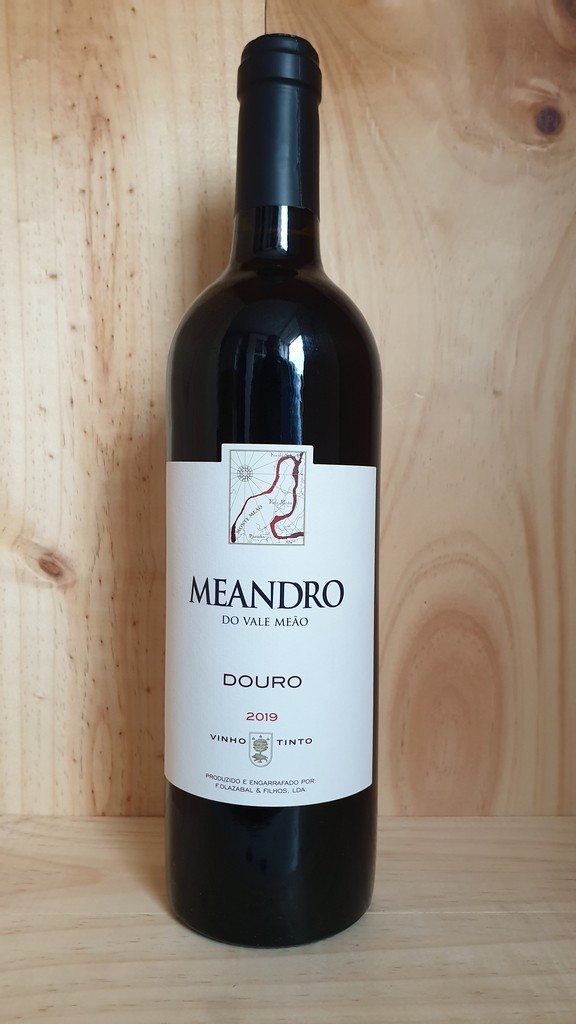 Quinta do Vale Meao Meandro Tinto is a Douro red wine made by one of the most famous wine estates of the Douro, if not the world. The estate was Bought and established by that legendary lady of Port, Dona Antónia Adelaide Ferreira, in the early 19th Century, it has been the stage for many pioneering feats of winemaking and viticulture in the Douro.

Quinta do Vale Meao remains in family hands, with descendant Francisco Xavier Olazabal (Vito), his winemaker son Francisco (Xito) and daughter Luísa all devoted to the cause. This humorous and relaxed team has, since they started making wine at the quinta in 1999, pushed the boundaries of excellence in Douro reds beyond what was imaginable. The vineyards are perched on the Douro River’s most dramatic meander (hence “Meandro”) and consist of some 70 hectares of vines planted on schist, granite and alluvial soils. The vines planted are the usual suspects for the Douro, Touriga Naçional, Tinta Roriz, Touriga Franca, Barroca, Tinto Câo however they are block planted which ultimately allows more control over the blend (it is common practice in the Douro for the different grape varieties to be planted mixed up). The vineyards are adjacent to a fantastic granite mansion and winery. Quinta do Vale Meao Meandro is the “second” wine but shares a lot of the characteristics of its big brother, the Quinta do Vale Meao, but manages to reveal a character of its own. It is not an ordinary second wine by any means.

Quinta do Vale Meao Meandro Tinto 2019 is a blend of 44% Touriga Nacional, 35% Touriga Franca, 15% Tinta Roriz, 4% Tinta Barocca and 2% Alicante Bouschet. The grapes are harvested by hand, cooled down and then trodden in granite lagares, then transferred to stainless steel for vinification, by individual variety, before ageing in 2nd and 3rd year 225L French Allier oak barriques for 19 months. It is a fruity and spicy wine with real Douro character.