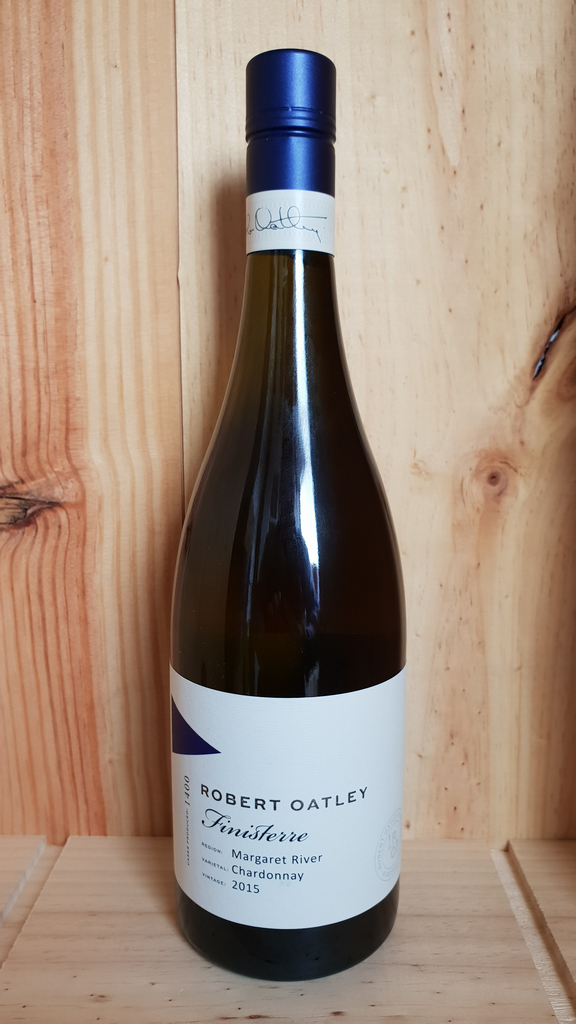 Robert Oatley Finisterre Chardonnay is made from grapes grown in the Margaret River wine-growing region of Western Australia. The fruit comes mainly from the Karridale area.

Robert Oatley Vineyards, was founded by wine industry legend Bob Oatley in 2006, has vineyards in Western Australia, South Australia, New South Wales and Victoria. Sadly Bob Oatley died in January 2016 but his son Sandy has taken the helm and the company remains in safe hands. He is ably assisted by Chris Hancock, the Deputy Executive Chairman who has been working for Robert Oatley for 40 years (he also makes some good wines under the Hancock & Hancock label including an excellent Cabernet / Touriga Nacional and a Fiano). Director of Wine-making, Larry Cherubino is one of Australia’s most awarded wine makers and has made vintages all over the world. Under his guidance Robert Oatley Vineyards has identified some of the best vineyards in their respective regions that show a true sense of the land.

The Robert Oatley Finisterre range is premium range of wines which focus on specific sites  within some of Australia’s best regions and sub-regions. The wines are only made in small quantities. The range comprises a Margaret River Cabernet Sauvignon and a Chardonnay, a Great South Cabernet Sauvignon and Syrah and a Denmark Pinor Noir. Finnisterre translates as “Ends of the Earth”.

The grapes for the Robert Oatley Finisterre Chardonnay come mainly from the Karridale area of the Margaret River wine growing region with some fruit from Wilyabrup. The vines have an average age of 18 years old and are grown on vertical trellies on laterite (gavel / loam) soils. The Chardonnay fruit is hand-harvested and whole bunch pressed into new French oak barriques where it ferments with indigenous (wild) yeasts. The wine is then aged for 10 months in new French barriques.

Robert Oatley Finisterre Chardonnay is a complex and restrained. wine erring towards the Burgundian style. There are aromas of melon, pear, hints of smoke and roasted nuts with citrus blossom. The palate is medium to full with an ample, creamy texture which is balanced by a fine, fresh acidity. It has more melon and citrus nuances with a crisp, long finish.