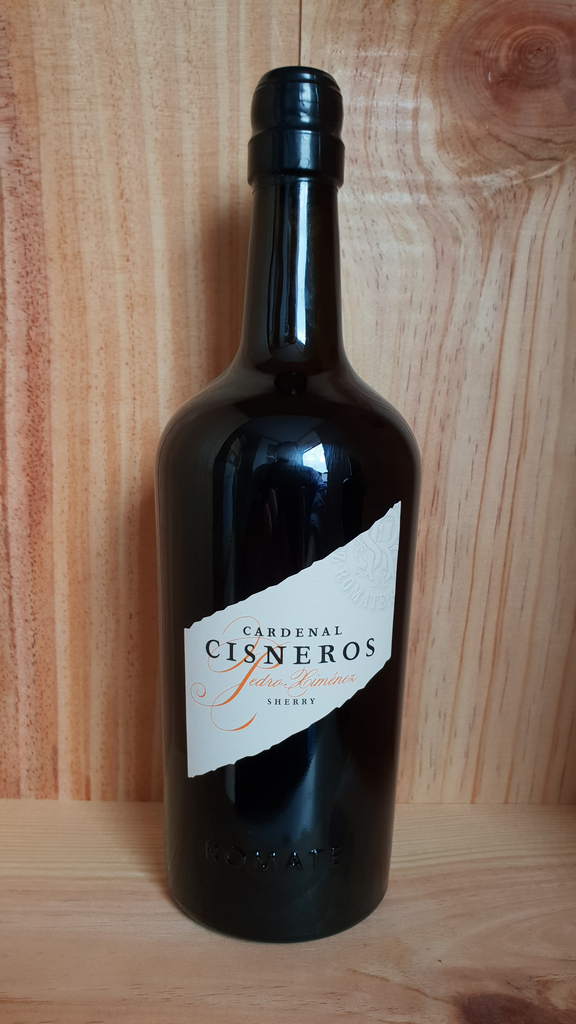 Bodegas Sanchez Romate a high quality producer of both Sherry wines and Brandy de Jerez. The company was established by Juan Sánchez de la Torre in 1781 to produce fine wines. Over two hundred years later Sanchez Romate is one of the oldest bodegas in Spain and one of the remaining wineries in the Jerez Designation of Origin that remains under independent family ownership. A brandy was first produced in 1887 and it is the fabulous Cardenal Mendoza Solera Gran Reserva which has become the family’s flagship brand. The company produces three different ranges of sherry, from the classic Romate range to the Reservas Especiales through to La Sacristía, the company’s oenological treasures.

Sánchez Romate own 60 hectares of vineyards situated on some of the best “Albariza” soils, the famous chalky white soils, of the Jerez region. They have also invested in some of the most modern facilities in the region, all of which are still housed in the traditional bodega buildings located in central Jerez. There are still high-ceiling traditional cellars which naturally keep temperatures stable and allow the natural yeasts to circulate whilst the sand floors help maintain the optimum levels of humidity. This is all important for the development of the flor, the layer of yeast which sits on the surface of the wine.

Prior to ageing Sherry begins life as a white wine, normally made from Palomino grapes, which is then fortified with a young grape brandy. After fortification Sherries are aged through the traditional criaderas y soleras system, a fractional ageing system consisting of American oak casks filled to five-sixths and arranged in layers of three to four. Essentially, the oldest Sherry is drawn off the bottom level for bottling and which is then topped up at the top level with new Sherry.

The grapes for the Sanchez Romate Cardenal Cisneros Pedro Ximenez Sherry are harvested when very ripe and left out in the sun to attain a higher concentration of sugar. The result is a delicately exquisite, dark-coloured wine with a sweet flavour and a velvety texture. The average age of the wine in this solera is 15 years old.