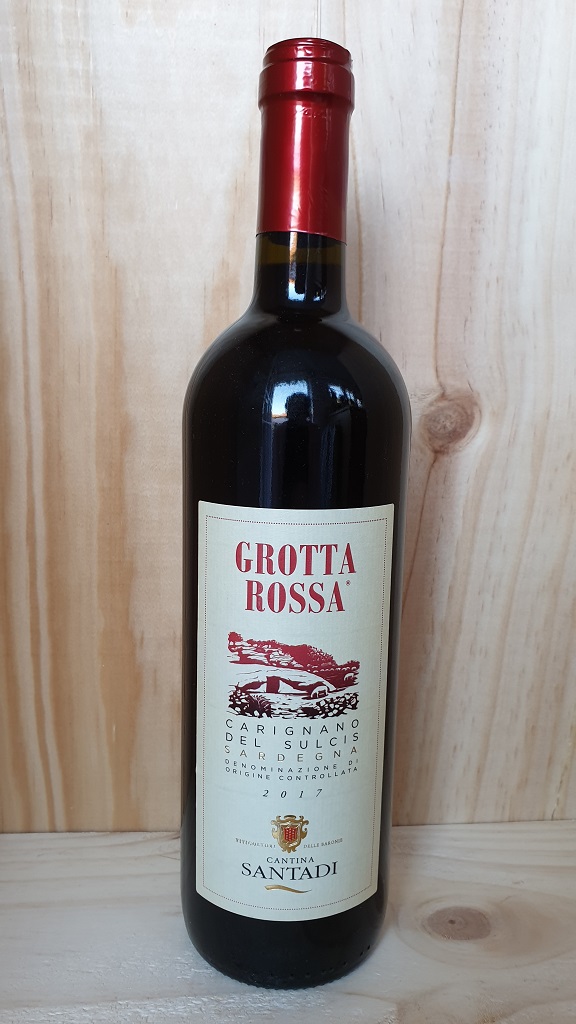 Cantine di Santadi was established in 1960 as a co-operative of grape growers co-ordinated by the Land Reform Board of Sardinia. It is located in the south west of Sardinia in the heart of Sulcis. In the 1970s a new board of directors, headed by Antonello Pilloni, who is still chairman, decided to move on from the production low quality bulk wine to the high quality wines that Santadi produce today. To assist them the board employed the internationally famous oenologist Giacomo Tachis, the man behind the great reds of Antinori in Tuscany including Sassicaia, Tignanello and Solaia. Santadi is one of the jewels of Sardinia.

The 100% Carignano grapes for the Santadi Grotta Rossa are harvested from bush-growth and counter-espalier vineyards in the lower Sulcis area. The soil composition is a medium mixture, tending to loose, with clay, sand and limestone composition. The climate is Mediterranean with hot and dry summers, mild winters. After harvest the must ferments on the skins at a temperature of 25 to 30 °C, there is regular pumping over. The wine undergoes malolactic fermentation which imparts a distinct mellow character to the wine. Prior to bottling Santadi Grotta Rossa Carignano del Sulcis is aged for several months in resin coated cement vats.

This wine is suitable for vegans and vegetarians.

Santadi Grotta Rossa Carignano del Sulcis has aromas of violets and toffee. On the palate there are nuances of blackcurrant and dried figs, followed by intriguing secondary flavours of tar and mushroom to keep the drinker paying attention.