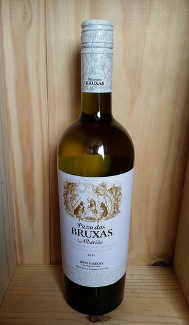 The Torres family has been making wine in the ancient Catalán town of Vilafranca del Penedès, south-west of Barcelona, since the 17th Century. It is this tradition combined with innovation, dynamism and commitment to quality that has put Torres firmly on the world map. In 2006 Torres were awarded European Winery of the Year in Wine Enthusiast’s Annual Wine Star Awards. Torres Gran Coronas arose from the innovative drive of Miguel A. Torres, who planted the French variety of Cabernet Sauvignon in the Penedès region at the end of the 1960s and early 1970s, when normal practice was to plant local white varieties. Thanks to this, Gran Coronas has become a benchmark for reserva red wines from Penedes. It is only recently that they have expanded into other areas of Spain with wines such as this Albarino from Galicia and other project in Priorat, Rueda and Rioja.

There are five sub-regions that make up the Rias Baixas DO – O Rosal, Condado de Tea, Soutomaior, Val do Salnes and Ribeira do Ulloa. The grapes for Torres Pazo das Bruxas Albarino are sourced mainly from the O Rosal region with some from Salnes. Rosal has a long history of grape growing but the Salnes sub-zone is a relative newcomer. The region is known for its Atlantic-influenced climate with mild winters with high precipitation but it is also sheltered by the Azores with mild summers and little rain. The soils in Rosal are alluvial and in Salnes alluvial / rocky which i.e. they are well, draining sandy soils. Salnes is a little cooler than O Rosal and thus the grapes here are slower ripening and tend to have higher acidity and freshness that they bring to the wine. 100% Albarino grapes which undergo a cool fermentation in stainless steel.