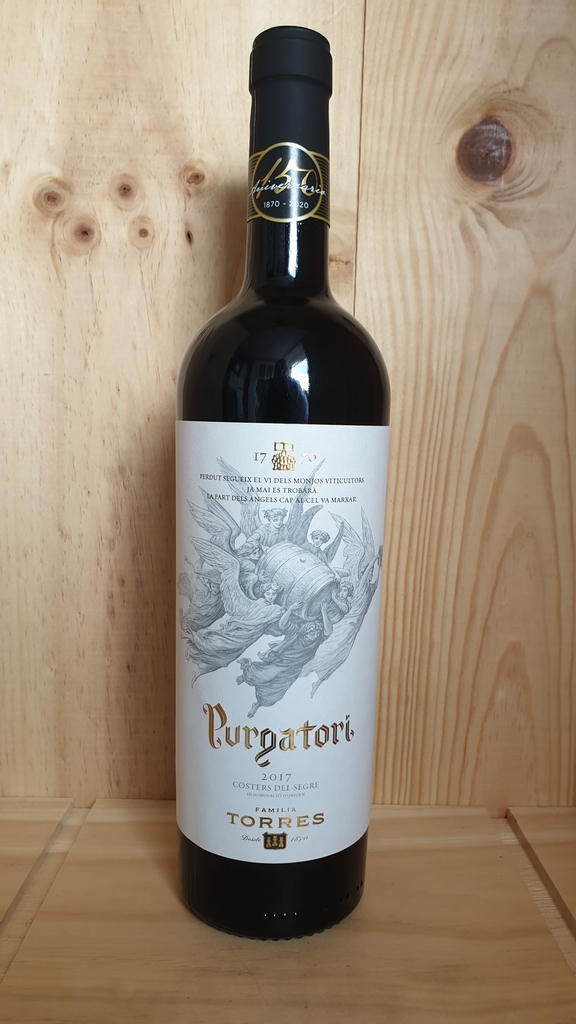 Torres Purgatori is produced from grapes grown in the DO Costers del Segre, a DO for wines produced in the the province of Lleida, Catalonia, which is divided into several separate sub-zones. The climate of Costers del Segre is typically continental, characterised by hot summers and cold winters and is influenced by the proximity of the Pyrenees range of mountains.

The Torres family has been making wine in the ancient Catalán town of Vilafranca del Penedès, south-west of Barcelona, since the 17th Century. It is this tradition combined with innovation, dynamism and commitment to quality that has put Torres firmly on the world map. They remain one of the largest family owned and run wine companies in the world (there is also Miguel Torres Chile and Marimar Torres in California) and, under the stewardship of fourth generation Miguel Torres they are committed to sustainable viticulture and green practices. Today Torres not only have vineyards in their home region of Penedes, but all over Spain in regions such as Priorat, Rioja and Rueda. In 2006 Torres were awarded European Winery of the Year in Wine Enthusiast’s Annual Wine Star Awards.

The wine is named Purgatori after the monks who, in 1770, who settled at Abbey of Montserrat settled in the els Desterrats property as penance. The area was renowned for its harsh climate and tough conditions. They were sent there to cultivate the land to provide food for the diocese and discovered a new terroir which would produce fine wines. According to legend, many barrels mysteriously disappeared and some say that they were taken up to heaven by the angels.

Torres Purgatori has an extraordinary dark cherry red colour with great depth. It has intense floral (violet) and fruit (cassis) aroma with exquisite Mediterranean garrigue (thyme) coming through, joined by notes of smoke and spices (cocoa). Full and intense on the palate, with ripe, velvety, wonderfully elegant tannins. An exceptional wine, flavorful and full bodied, with a
characteristic, terroir-imparted hint of minerality (graphite)

Be the first to review “Torres Purgatori, DO Costers del Segre” Cancel reply