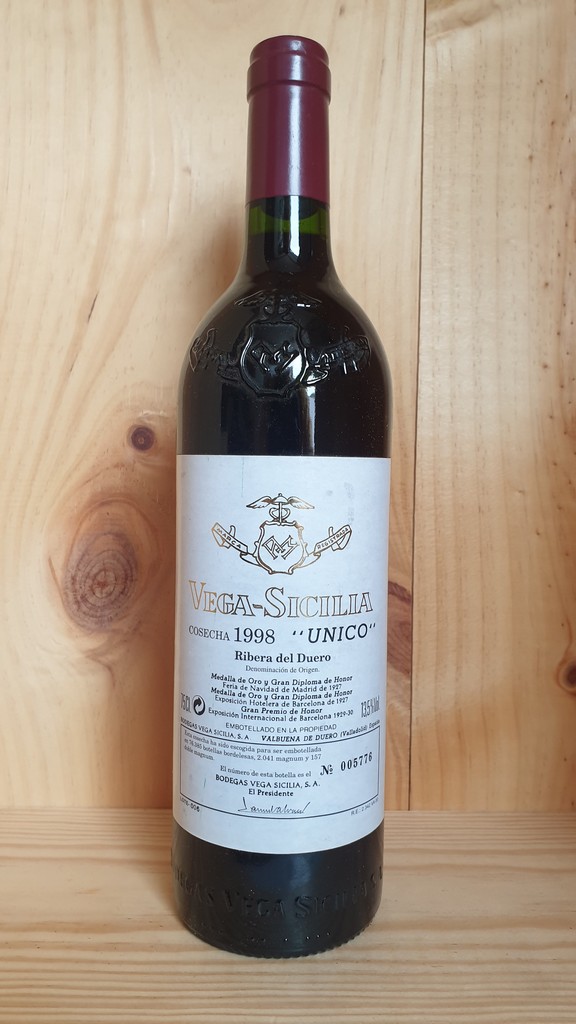 Vega Sicilia Unico is the flagship red wine of this iconic Ribera del Duero wine estate. It is located in in the Province of Valladolid, Castile and León (northern Spain). Unico is a Gran Reserva wine and is usually released by the bodega 10 years after the vintage, the 2011 was released in 2021, for example.

Vega Sicilia can trace its origins back to 1864 when was established by Don Eloy Lecanda y Chaves, who planted various grapes varieties from the Bordeaux wine region of France, including Cabernet Sauvignon and Merlot. The estate has been owned since 1982 by the Álvarez family. 1982 was the year that Ribera del Duero was granted Denominación de Origen (DO) status and it is the Alvarez family who have turned Vega Sicilia into one of the world’s iconic wines. The estate comprises 1000 hectares with some 210 under vine. There are 19 soil types divided into 55 plots with very specific characteristics. The influence of the River Duero’s flow and the passage of time have been vital in developing these soils.

Vega Sicilia Unico is produced from some of the estate’s oldest (over 100 years old) and lowest yielding vines – many of the plantings that go into the flagship Unico wines are often harvested at less than one ton per acre. 40 hectares of vineyards are used to produce Unico whose aging of at least ten years (in barrel and bottle) is one of the world’s longest. 225-litre French and American oak barrels, new and used, 20,000-litre tanks. A long complex process, for a legendary wine.