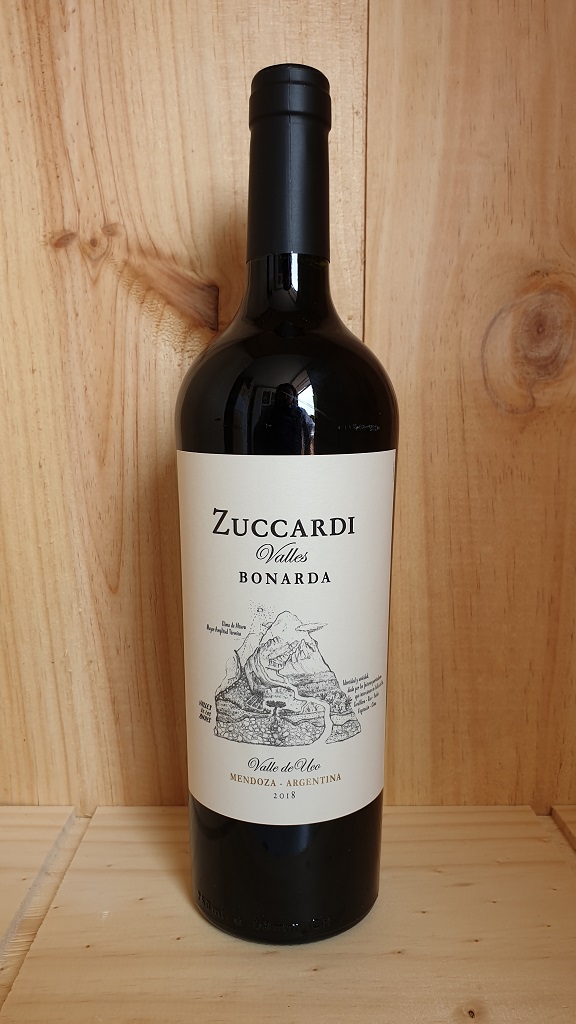 Zuccardi Valles Bonarda is made from selected Bonarda grapes from vineyard sites in the Uco Valley. Bonarda produces some excellent wines but, inevitably, it is often overlooked due to the ubiquity of Malbec from Argentina. Originally Bonarda was grown in the Savoyard region of eastern France, where it is known as Douce Noir. Today it is much more widely planted in Argentina.

Zuccardi Wines was founded by Alberto “Tito” Zuccardi. Zuccardi was an engineer who had arrived in Mendoza from the Tucuman province of north western Argentina where his Italian grandparents had settled. Zuccardi was primarily working on irrigations systems which are very important in a region with minimal rainfall. In order to demonstrate his irrigation system he planted a vineyard in Maipu in 1963. This was to be the Zuccardi family’s entry into the world of wine. Constuction of their first winery began in 1968. Zuccardi was followed into the business by his son, Jose, in 1976 and Jose’s son, Sebastian, who is now the Zuccardi winemaker, joined the family business in 2002.

Zuccardi is based in the Valle de Uco and new winery was completed in Paraje Altamira in 2013. In 2019 Sebastian was voted one of South America’s most exciting winemakers by Decanter Magazine and Zuccardi Valle de Uco voted “The World’s Best Vineyard”. The Valle de Uco is located at the foot of the Andes and runs north to south along the western edge of the Mendoza wine-growing region. Zuccardi have several vineyard locations comprising some 800 hectares. As well as vineyards at the wine in Paraje Altamira, there are also vineyards in La Consulta, Vista Flores, Santa Rosa and Maipu. 35% of their vineyards have organic certification and the others are all sustainably managed.

As mentioned above the grapes Zuccardi Valles Bonarda come from various vienyard sites in the Uco Valley. After harvest, the grapes are destemmed and crushed. There is a period of cold maceration for 7 days before classic vinification with selected yeasts. Maceration for 25 days with daily remontage and delestage. Part of the wine was aged in oak barrels.

This wine is suitable for vegetarians and vegans.