Rubis Chocolate Wine – For serious chocoholics only! An eccentric drink that shouldn’t work, but it does!

First of all I should say that this is not actually a wine. Rubis Chocolate is actually a blend of fortified Tempranillo wine and premium chocolate essence flavourings, so I think the best description for it is probably Rubis Chocolate liqueur. However, a liqueur is usually made by adding flavourings (herbs, spices, fruits etc.) to a spirit and this is a fortified wine with flavourings added, so I am going to go with the term Rubis Chocolate Wine Liqueur! Although, in light of the supermarket shenanigans this week with wine and wine based drinks, perhaps it should be called a wine based drink! 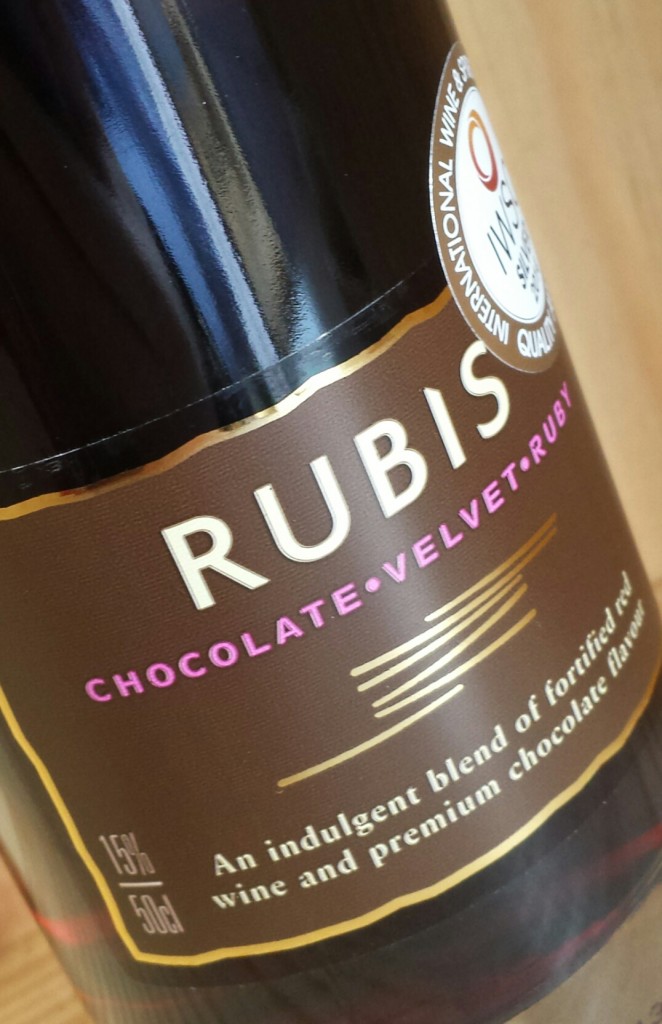 As mentioned above, Rubis Chocolate Wine Liqueur is made by flavouring fortified Tempranillo wine with chocolate essence. The red wine base is made from 100% Tempranillo grapes sourced from the wine growing region of La Mancha in central Spain. The wine is made in the usual way: grapes are harvested, pressed and fermented and then the wine is “fortified” with a neutral alcohol spirit (a very basic grape brandy). This addition of alcohol stops fermentation whilst there is still a high sugar content leaving a natural sweetness in the wine – this is the method used to make all the great fortified wines such as Port, Madeira, Marsala and Sherry (although they differ with more unusual ageing processes). The fortified red wine is finally blended with chocolate essences and the producers of Rubis seem to have got the recipe just right!

The label pretty much sums it up – Chocolate + Velvet + Ruby!

Rubis Chocolate Wine has a good clear, ruby red colour much like a ruby Port. The nose is a combination of red fruit notes, particularly red cherries, orange / citrus  and, of course, lots of warming chocolate aromas. The palate is quite complex and has more red fruit and rich, dark, chocolate flavours with is a touch of  spice at the back of the palate. The texture is similar to a Port wine, it is not at all gloopy or viscous, and has a sweet, velvety finish. It is a warming 15% ABV, so not too alcoholic. All in all, an unusual drink, but a good balance of wine and chocolate, neither really dominates the other.

Rubis Chocolate Wine is most often served on its own as a digestive or liqueur, most usually as an after dinner drink, or as a dessert wine. It can be served at room temperature or over ice.

Rubis Chocolate Wine Liqueur is a good partner to chocolates (experiment with milk or dark chocolates) and any chocolate-based desserts, puddings or cakes. it is also superb poured over ice cream for a rather super-charged chocolate and red fruit kick. It can also be used as a cooking ingredient and could be substituted for Port or Sherry in recipes – I can imagine it in a chocolate trifle of some sort. Unlike Port though, I can’t quite imagine it would work with cheeses. Braver souls might like to experiment with spicy game dishes, venison, casseroles or even a chili.

It can also be used in cocktails. At the Rubis Facebook Page you can find their recipe for a Chocolate Pimms Cocktail (not sure why they call it this as there is no Pimms in it!). But the recipe for this summery cocktail is,

Shake all the ingredients together with plenty of ice and serve with a wedge of lime.

You can also try Rubis in a Chocolate Manhattan with some Bourbon or Rye, some sweet vermouth and cherry bitters. Or try a good glug of Rubis in hot chocolate or coffee. Anyway you want it really! 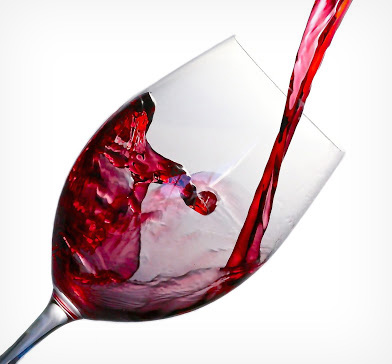 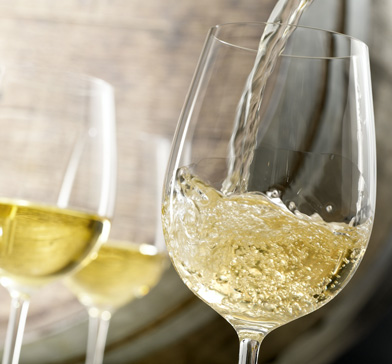 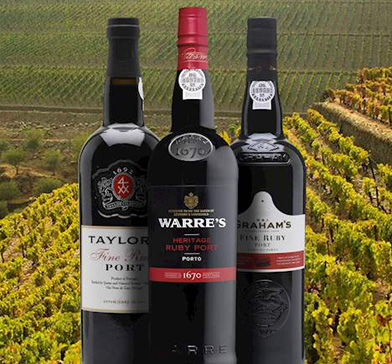 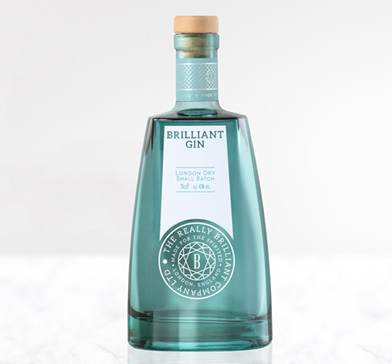 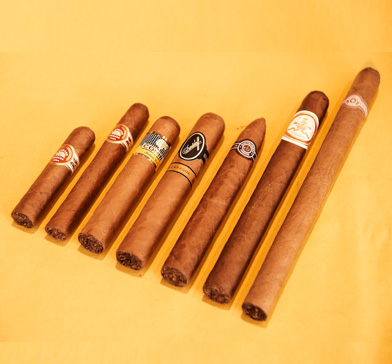